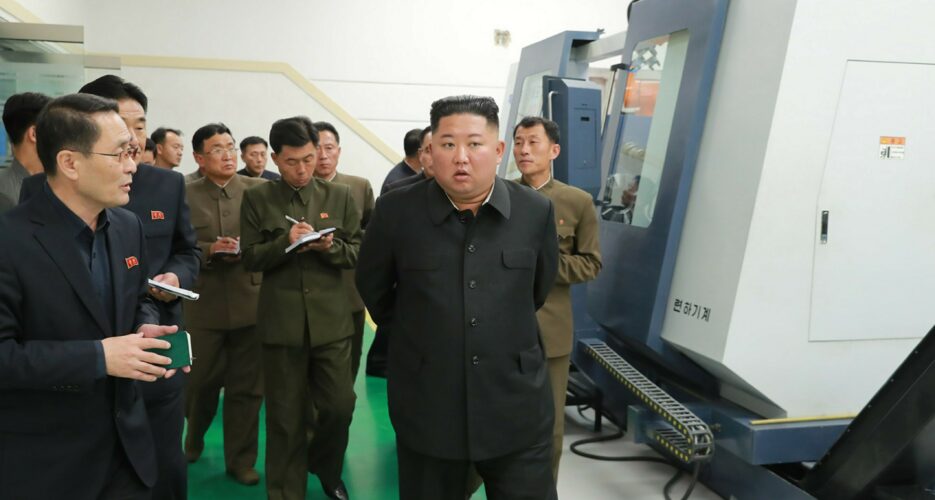 During the on-site inspection, which follows a string of economy-related on-site inspections in recent days, Kim Jong Un described the new facilities as “a model factory in medical field” and “perfect both in terms of architectural beauty and technology.”

The DPRK leader last year ordered the factory be completely refurbished, during an on-site inspection in which he strongly reprimanded health sector officials and local staff for their lax management.

State media reported at the time that Kim had promised to “personally shoulder the burden of the work of updating the factory” and stressed the need to “make a decisive and fundamental change in the material and technical foundations of the public health sector.”

Kim Jong Un was on Sunday reported to have praised the changes made since his last visit, remarking that it had been give a “complete facelift.”

“He acknowledged the factory was built into a high-tech factory capable of mass-producing different kinds of highly efficient medical appliances which are badly needed by hospitals in the country,” the Korean Central News Agency (KCNA) reported.

“Stressing that it is important to produce lots of medical apparatuses vital for protecting and promoting the people’s life but they have to be of high quality, above all, he said in earnest tone that it is precisely an issue related to the outlook on the people.”

North Korea must seek to produce medical devices “on the level of those produced by the developed countries,” he continued.

“He said the factory should look for data on modern medical appliances, steadily update designs and products in an innovative way to suit to the situation of hospitals in the country and the constitution of patients,” KCNA reported.

The deficiencies in the DPRK health sector are well-documented, with a recent report by the Committee for Human Rights in North Korea NGO describing a critically-underfunded system in which “the health and human rights conditions of children remain dire.”

The country is known to face several major public emergencies, most notably high levels of tuberculosis infection and chronic malnutrition.

International sanctions also prohibit the import of some medical equipment without the express permission of the UN’s 1718 committee.

An official admission of these deficiencies in state media is relatively rare, though Kim’s reported remarks tie into a broader recent trend in which the DPRK leader has been said to have reprimand officials in public.

The opening night of the “People’s Country” Mass Games event in June, for example, saw Kim reported to have “seriously criticized” aspects of the performance, after which the show was put on hold for two weeks.

Last July, too, he was reported to have been “extremely furious” with Cabinet officials for their careless management during a visit to the site of the Orangchon Power Station.

And despite the improvements seen at the Myohyangsan Medical Appliances Factory this week, the DPRK leader was also on Sunday said to have pointed out continued “drawbacks” in the work and ordered that the issues be rectified by the end of the year.

“He pointed to the insufficient quality of the construction that comes short of the needs of design and engineering,” KCNA reported.

“The exterior wall tiles and seams of some buildings are not smooth enough and some areas have uneven plastering, he pointed out, criticizing the final work that has not been done in a delicate manner,” it added.

“He said that he would send a unit high in construction skill soon and the factory should set right the drawbacks of the construction and complete it to be flawless and functional by the end of this year.”

North Korean leader Kim Jong Un recently inspected the under-renovation Myohyangsan Medical Appliances Factory, state media reported on Sunday, in a visit in which he said the new factory would be used to produce "badly needed" equipment.During the on-site inspection, which follows a string of economy-related on-site inspections in recent days, Kim Jong Un described the new facilities as "a 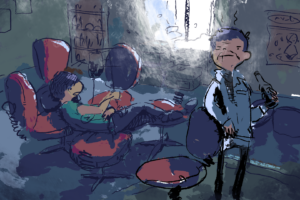 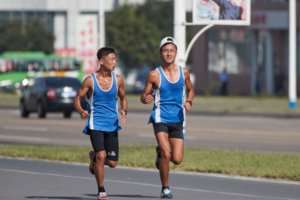