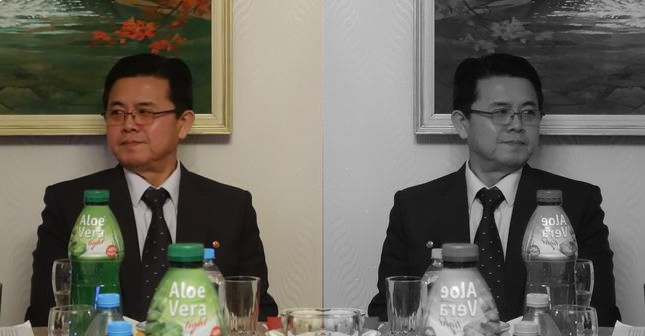 Kim Pyong Il, half-brother of the country’s late leader Kim Jong Il, has returned to Prague ahead of his upcoming replacement as North Korean ambassador to the Czech Republic, two informed sources said this week.

NK News reported earlier in the month that the 65-year-old Kim — who has served as Pyongyang’s top diplomat in Prague since his appointment in 2015 — had returned home to North Korea in late May or June for reasons unknown.

Sources have now confirmed that ambassador Kim’s four-year tenure as ambassador to the Czech Republic will now soon come to an end, and that he was recalled by the DPRK government earlier in the year.

“[He] probably went back to pack his stuff,” one source said. “He’s been there since 2015… so it might just be usual end of tenure.”

Kim’s successor has been chosen, another source told NK News, with the process of “agrément” already reportedly underway between the two countries.

It remains unclear, however, whether ambassador Kim will remain in Europe — perhaps in a new position — or begin retirement in North Korea.

A return to full-time life in the DPRK would be notable: the ambassador has lived in a state of semi-exile since the 1970s, when a power struggle with his half-brother led to his falling out of favor with his father, the country’s founding President Kim Il Sung.

Prior to serving in Prague, he worked as the country’s ambassador to Poland for 16 years.

He is believed to have two children: a son named In Kang and a daughter called Eun Song, both of whom reportedly attended university in Warsaw and speak fluent Polish.

His son was reported to have worked as an interpreter in the DPRK embassy, while his daughter studied music.

The two have spent most of their lives in Europe, and would under typical diplomatic protocol be expected to return home alongside their father.

But one expert said that despite their proximity to the country’s leadership as Kim Jong Un’s cousins, they would likely not be seen as a threat to the state in the way that the DPRK leader’s murdered half-brother Kim Jong Nam — and his children — were.

“The fact that Kim Pyong Il has remained intact all these years, even after Kim Jong Un came to power, suggests to me that Kim Pyong Il, and probably his kids too, are not a threat to Kim Jong Un,” Minyoung Lee, a senior analyst with NK News’s sister site NK Pro, said.

“I think Kim Jong Un will let them be, unless they pose a threat to him and the regime, as Kim Jong Nam did.”

He typically returned to North Korea only during the summer months, attending meetings of the country’s diplomatic corps.

“Ambassador Kim every year spends his holiday… in Pyongyang, returning to his post before the [September] 9th national day,” one source familiar with ambassador Kim’s regular schedule told NK News.

Kim kept a relatively low profile in the Czech Republic, though he did appear at an event in Prague marking the 7th anniversary of his brother’s death held at the DPRK embassy in December last year.

In a speech shared online by the pro-DPRK Paektusan Czech-Korean Friendship Association, Kim reportedly praised his late brother and his nephew’s leadership — as well as the country’s recent weapons development and diplomatic overtures to South Korea and the U.S.

“It is our consistent attitude to realize the denuclearization of the Korean peninsula and reunification on the basis of the principle of national independence,” he said.

“Sanctions are incompatible with dialogue. The United States must immediately lift the sanctions against us, in accordance with our accommodating precautionary measure for denuclearization,” he continued. “We are ready for dialogue and confrontation.”

The North Korean government has sought to keep him out of the spotlight, with state media apparently avoiding all mentions of his name.

He did, however, appear alongside his nephew in a photo published in 2015 in ruling party daily the Rodong Sinmun of a photo session with the participants in the 43rd meeting of ambassadors.

Kim Pyong Il, half-brother of the country’s late leader Kim Jong Il, has returned to Prague ahead of his upcoming replacement as North Korean ambassador to the Czech Republic, two informed sources said this week.NK News reported earlier in the month that the 65-year-old Kim -- who has served as Pyongyang's top diplomat in Prague since his appointment in 2015 -- had returned home to North