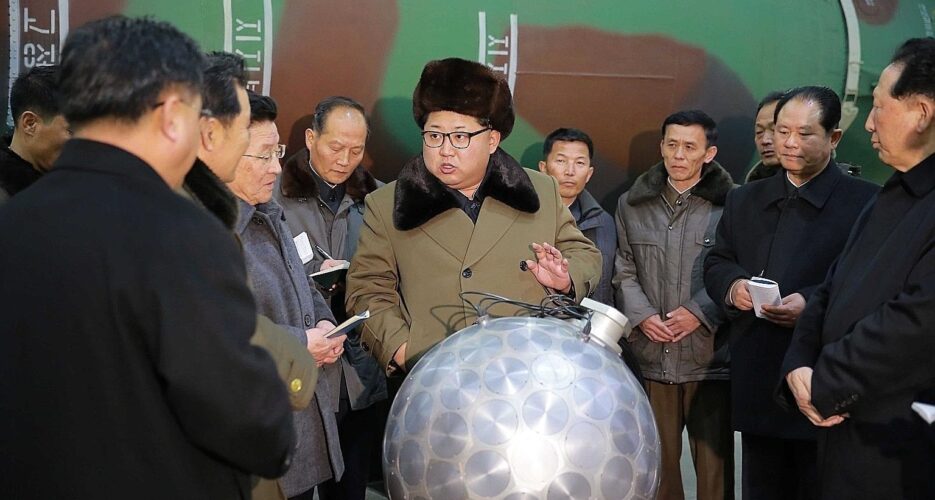 Washington on Tuesday denied that it viewed a possible North Korean freeze of its nuclear program as a solution to the issue of North Korea’s denuclearization.

Ortagus’s remarks follow a report from the New York Times on June 30 which claimed the Trump Administration was mulling a freeze deal as a way of preserving the status quo.

The comments also come ahead of the possible resumption of working-level talks between the U.S. and North Korea, following a face-to-face meeting between U.S. President Donald Trump and DPRK leader Kim Jong Un on June 30.

Following the meeting, U.S. Secretary of State Mike Pompeo said he hoped negotiations over the DPRK’s nuclear program would resume in mid-July.

Kim said North Korea no longer needed to test nuclear weapons in April last year, declaring work on the nuclear program “complete”, however, Pompeo and other U.S. officials have admitted that the DPRK continues to produce fissile material.

During the State Department press briefing, Ortagus added that U.S. point man on North Korea Stephen Biegun would meet with his South Korean counterpart later this week during a trip to Belgium and Germany, though said that no talks with DPRK officials are scheduled.

“There is no plan to meet with North Korean officials on this trip,” Ortagus said, adding that there were also no new announcements about whether talks with the DPRK would start as previously outlined by Pompeo.

The State Department also announced that Assistant Secretary of State for East Asian and Pacific Affairs David Stilwell will travel to South Korea as part of a longer trip to Asia from July 10 – 21.

“On July 17 Assistant Secretary Stilwell will continue his consultations in Seoul, meeting with top Ministry of Foreign Affairs and Blue House officials to discuss further strengthening the Alliance and enhancing U.S.-ROK cooperation in the Indo-Pacific region,” the State Department said.

Talks between Washington and Pyongyang fell apart after a second Trump – Kim summit in Hanoi in February, with both sides walking away from the negotiating table without an agreement.

It later emerged the two sides clashed over the extent of sanctions relief and which of the DPRK’s nuclear and weapons development sites should be on the table.

Washington on Tuesday denied that it viewed a possible North Korean freeze of its nuclear program as a solution to the issue of North Korea's denuclearization.Speaking during a regular press briefing, State Department spokesperson Morgan Ortagus said that Washington's end goal remained the DPRK's complete and verifiable denuclearization."(A) freeze, you know, that would never be the