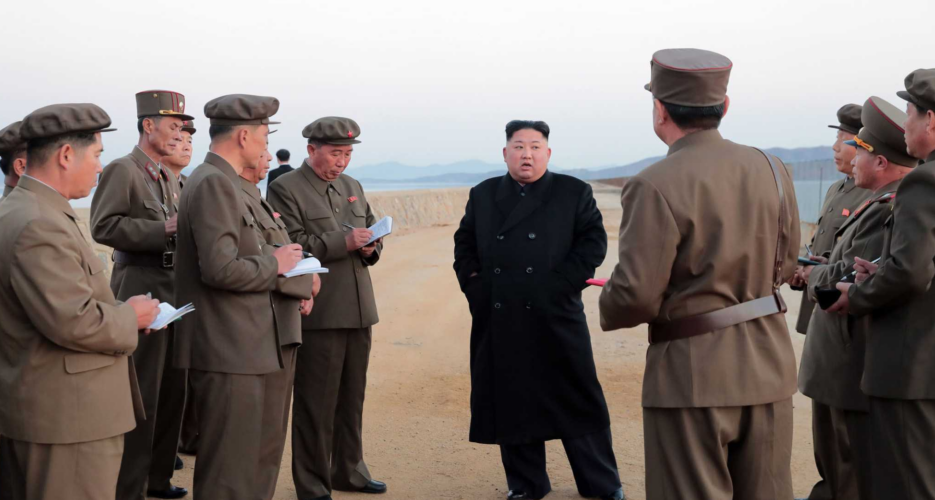 Update at 15:00 KST: North Korean TV aired footage of the launch on Thursday afternoon at 15:00, which you can see here.

In a dispatch which comes over 24 hours after South Korea’s Joint Chiefs of Staff (JCS) confirmed that it had detected a launch event had taken place from the North’s east coast, KCNA said that the new multiple rocket launcher (MRL) was a “new-type guided ordnance rocket” and would play a “main role in ground military operations.”

It was developed in a short space of time, according to KCNA, having been built in response to an order handed down at the Seventh Congress of the ruling Workers’ Party of Korea (WPK) in 2016.

“The test-fire scientifically confirmed that the tactical data and technical characteristics of the new-type large-caliber guided ordnance rocket reached the numerical values of its design, and verified the combat effectiveness of the overall system,” state media said in an English-language dispatch.

“After learning about the result of the test-fire, [Kim] said that it is very great and it would be an inescapable distress to the forces becoming a fat target of the weapon.”

State media appears to have decided not to share any imagery of the weapon, making precise analysis of the new system more difficult.

That move echoes similar coverage of North Korean tests in November and April, in which the DPRK leader was reported to have overseen the launch of a new “tactical guided” system but no photos of the new weapon were published.

“It could be that there are sensitivities surrounding the weapon, or the North wasn’t ready to share images of this weapon just yet, or the North wished to keep this story low profile, or all,” said Minyoung Lee, a senior analyst with NK News‘s sister site NK Pro.

“That said, it is unusual for the party daily to publish a Kim activity without one single photo,” she continued. “It could have published a photo of Kim Jong Un talking to some officials at the weapon test site without showing the weapon per se. Hence, the last speculation — keeping it low profile — could be the more persuasive reason.”

Based on the data provided by South Korea on Wednesday, one expert said the rocket system could represent a major upgrade from the KN-09, an artillery system first unveiled in March 2016.

“The range extension on this is significant over the KN-09,” said Ankit Panda, an Adjunct Senior Fellow at the Federation of American Scientists. “I’ll be curious to see how many rockets a single launcher for this new system can field.”

“All we know is that the caliber is larger than 300 mm, which is what the KN09 is,” he continued. “Before this, that was the largest-known [Multiple Launch Rocket System] in the KPA’s inventory.”

The DPRK leader was reportedly accompanied on the ground on Wednesday by key advisor Jo Yong Won, as well as key figures linked to country’s missile and nuclear program such as First Vice Department Director at the Central Committee Ri Pyong Chol and deputy director at the ruling party’s Machine Building Industry Department Kim Jong Sik.

Also on-site were other officials “in the field of national defense science,” state media said, including Jang Chang Ha, president of the country’s Academy of National Defense Science, and Jon Il Ho.

Wednesday’s test was the second by North Korea in a week, following a launch last Thursday which Pyongyang described as a “warning” to Seoul over its recent deployment of F-35A stealth jets to the peninsula and an upcoming joint military drill with the U.S.

It also comes amid broader uncertainty over when the U.S. and North Korea will be able to go ahead with planned working-level talks over the country’s denuclearization, originally set to take place in mid-July.

Speaking to reporters Wednesday en route to Bangkok for the annual ASEAN forum, Secretary of State Mike Pompeo told reporters he remains optimistic about the potential for talks and that he expects they’ll “be started before too long.”

“North Korea seems to be following up on what state media readout of last week’s missile launches indicated: that the North would continue to test, develop, and deploy weapons,” analyst Minyoung Lee said.

“The North likely will continue to show off its new military capabilities as previously indicated, given that a) the U.S.-ROK joint military exercises will likely go ahead as planned in August, and b) Pyongyang is delaying confirming the resumption of working-level talks with the U.S.”

South Korea on Wednesday expressed what it described as “strong concerns” that the missile test would impact diplomatic efforts towards peace on the peninsula.

“North Korea’s launches of missiles are not conducive to efforts aimed at easing military tensions on the Korean peninsula,” the country’s Joint Chiefs of Staff (JCS) said in a statement following the test. “We urge them to stop such acts.”

Update at 15:00 KST: North Korean TV aired footage of the launch on Thursday afternoon at 15:00, which you can see here. 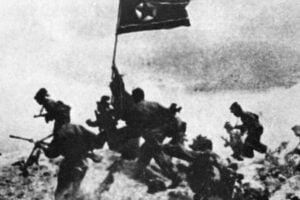