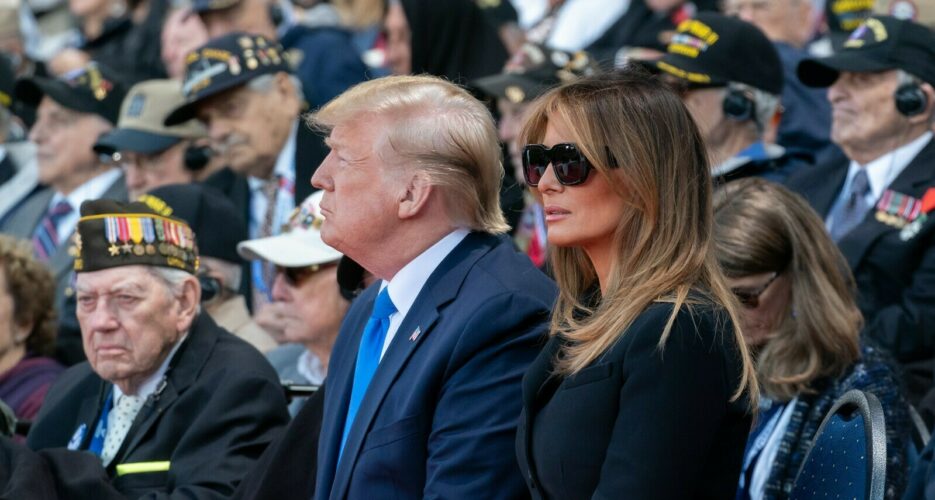 Update at 1335 EST: This article has been updated to include comments by President Trump during the day.

“I just received a beautiful letter from Kim Jong Un,” the President said, adding that he believed the two continued to have a “great relationship.”

“I can’t show you the letter, obviously, but it was a very personal, very warm, very nice letter,” he continued. “I appreciate it.”

“North Korea has tremendous potential, and he’ll be there.”

Kim and Trump have frequently in the past year exchanged letters as a means of leader-to-leader communication, most notably earlier in the year in the weeks leading up to their second summit in Hanoi.

But this new exchange comes following a months-long diplomatic impasse between the U.S. and North Korea in the wake of that summit, which has seen the two countries continue to clash over sanctions and denuclearization.

It also, however, comes the same day that U.S. National Security Advisor John Bolton said that Washington was open to a third summit with Pyongyang, though added the ball was in North Korea’s court.

Bolton — typically regarded as among the most hawkish of the U.S. President’s advisors — said that another meeting between Trump and North Korean leader Kim Jong Un was “entirely possible.”

“We are ready when they are, so it’s – any time that they want to schedule it,” Bolton said at a conference hosted by the Wall Street Journal, in comments carried by Reuters.

The U.S. advisor added that Washington is continuing the maximum pressure sanctions campaign as Pyongyang does not appear to have made a “strategic decision to give up the pursuit of deliverable nuclear weapons.”

Talks between Washington and Pyongyang fell apart at the summit in Hanoi in February over disagreements on sanctions and the DPRK’s nuclear sites.

North Korea wanted a partial roll-back of economic sanctions, while the U.S. wanted the DPRK to put more than the Yongbyon nuclear complex on the table.

The two sides appear to have made little public progress since the meeting in the Vietnamese capital, with the U.S. issuing additional sanctions and North Korea returning to bellicose rhetoric.

“Kim is definitely interested in a third meeting, but only if he thinks it will lead to a phased, reciprocal process. North Korea is not interested in making major, verifiable concessions on the front end,” Ken Gause, the Director of the Adversary Analytics Program at CNA told NK News.

“After all, the nuclear program is Kim’s sole source of legitimacy. Until he is able to show progress on the economy, he will be reticent to give up too much of his nuclear program.”

Gause added it was difficult to figure out exactly where the talks stand, as neither side appears to have moved from their stances at Hanoi.

“Hopefully, if both sides are meeting, they have worked out some mutual concessions that will open the pathway to a third summit,” Gause said.

A fourth summit between Kim and South Korean President Moon Jae-in also appears to be in the works, though Seoul’s Blue House recently backed away from announcing the date of the meeting.

While reports originally suggested it could take place as early as late June, the Blue House later admitted it would be “difficult” to hold another meeting between the two leaders by the end of the month.

“We cannot say for sure that an inter-Korean summit will not be held in late June,” an unnamed Blue House source told multiple South Korea news outlets on June 10, stressing that “negotiations can be immediately held once conditions are met.”

Such a meeting, if it did go ahead, would be the sixth inter-Korean summit in history and the fourth between leaders Kim and Moon.

The two last met in Pyongyang in September, in talks which saw Kim Jong Un agree to, among other things, visit the South Korean capital “in the near future.”

Update at 1335 EST: This article has been updated to include comments by President Trump during the day.U.S. President Donald Trump on Tuesday told reporters he'd recently received another personal letter from North Korean leader Kim Jong Un, reiterating his view that the DPRK has "tremendous potential.""I just received a beautiful letter from Kim Jong Un," the President said, adding that