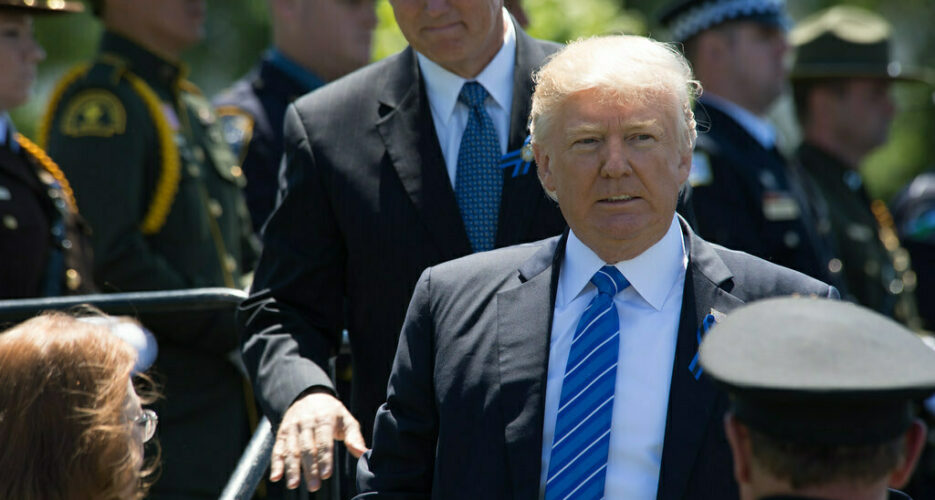 This story has been updated to include additional comment from Acting U.S. Defense Secretary Patrick Shanahan

Both Trump and U.S. Secretary of State Mike Pompeo fell short of criticizing the DPRK’s May 4 test, instead signaling that Washington was still ready to negotiate with Pyongyang, but the U.S. President appeared to take a different tone following Thursday’s launch.

According to the White House press pool, the U.S. President said Washington’s relationship with Pyongyang continues, though added that he didn’t think North Korea is “ready to negotiate.”

He later reiterated that North Korea has great economic potential and that he believed North Korean leader Kim Jong Un didn’t want to interfere with that, echoing remarks made on Saturday via social media.

At 1630 KST North Korea launched two projectiles from Sino-ri in the DPRK’s North Pyongan Province in an eastwards direction, South Korea’s Joint Chiefs of Staff said in a statement.

“North Korea today (May 9) launched two unidentified projectiles –- which are presumed to be short-range missiles — in an eastward direction at 1629 and 1649 local time from the Kusong region in North Pyongan Province.”

The JCS also said that the projectiles are estimated to have flown around 420km and 270km.

“The South Korean and U.S. intelligence authorities are conducting the detailed analysis,” the ROK JCS said in a separate written statement.

“Our military has fully maintained the readiness posture in close coordination between the ROK and the U.S. while heightening surveillance and vigilance in preparation for further launch by North Korea.”

The move comes just five days after the DPRK’s test on Saturday of what experts now largely agree was a short-range ballistic missile (SRBM), among other new strategic weapons.

South Korea did previously signal some displeasure with the first test, with Seoul’s defense ministry warning that the exercise “runs against the intent” of 2018’s inter-Korean military agreement and urged the DPRK to stop “heightening military tensions on the Korean peninsula.”

North Korea in the last 24 hours has issued several statements defending that exercise as “self-defensive,” with spokespeople from both its military and foreign ministry denouncing South Korea’s condemnation of the drill.

The test also comes amid a visit to South Korea by U.S. Special Representative Stephen Biegun, who is set to meet with the country’s unification minister tomorrow for discussions on denuclearization and humanitarian aid.

This story has been updated to include additional comment from Acting U.S. Defense Secretary Patrick ShanahanU.S. President Donald Trump on Thursday indicated he wasn't "happy" with North Korea's recent projectile launch, the second possible missile test in less than a week.Both Trump and U.S. Secretary of State Mike Pompeo fell short of criticizing the DPRK's May 4 test, instead