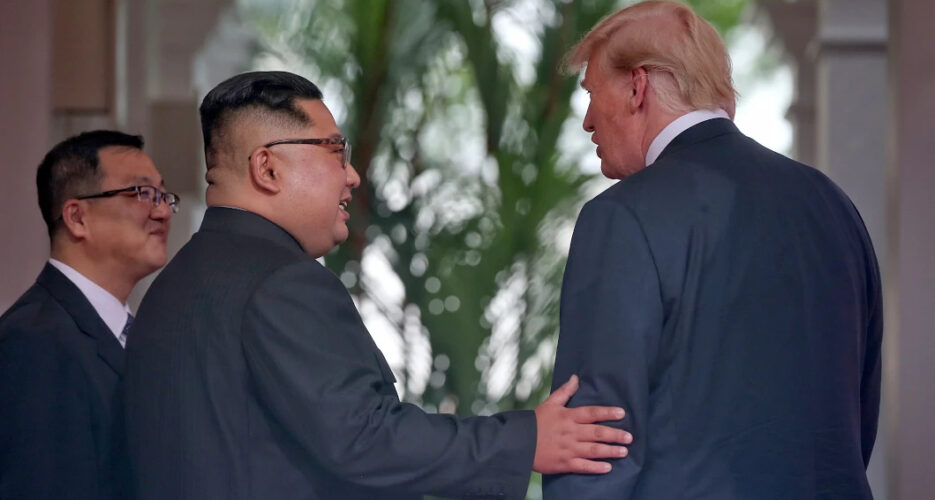 Asked to comment by NBC on a tweet by the President earlier in the day in which he said he had “smiled” upon hearing of a North Korean statement condemning Biden as “a fool of low IQ,” Sanders insisted Trump was not “siding” with the DPRK leader.

“But I think they agree in their assessment of former Vice President Joe Biden,” she said. “Again, the president’s focus in this process is the relationship he has and making sure we continue on the path towards denuclearization.”

Blaming Biden and previous U.S. administrations for failing to deal with the North Korean problem, Sanders said the President has “cleaned up a lot of the messes that were left behind.”

“We shouldn’t even be in the position that we’re in to have to deal with North Korea at the level we are if they had done their job in the first place,” she said.

Trump’s controversial remarks on Sunday referred to a statement by the DPRK’s Korean Central News Agency last week condemning the prominent Democratic politician for recent comments in which he criticized DPRK leader Kim Jong Un as a “dictator.”

“It is by no means accidental that there is nonstop comment over his bid for candidacy that he is not worth pinning hope on, backed by the jeer that he is a fool of low IQ.”

They also come at the beginning of a closely-watched state visit to Japan — in which he is set to discuss North Korean denuclearization with Prime Minister Shinzo Abe — and also saw the President appear to downplay the significance of two recent missile tests by DPRK.

The comments, notably, clashed with remarks by National Security Advisor John Bolton earlier in the day accusing the DPRK of having “no doubt” violated UN resolutions through those tests.

“North Korea fired off some small weapons, which disturbed some of my people, and others, but not me,” Trump said.

“I have confidence that Chairman Kim will keep his promise to me, & also smiled when he called Swampman Joe Biden a low IQ individual, & worse,” he added. “Perhaps that’s sending me a signal?”

The President’s notably softer stance towards the North follows a statement by the North’s foreign ministry on Friday urging the U.S. to change its “current calculation method” and insisting that dialogue cannot resume until Washington shifts its position.

“The U.S. had better learn how to engage in dialogue, while looking straight at the reality and how to negotiate anew,” the statement, delivered by an unnamed ministry spokesperson, read.

North Korean leader Kim Jong Un and U.S. President Donald Trump agree in their views on former U.S. Vice President Joe Biden, White House Press Secretary Sarah Huckabee Sanders said on Sunday.Asked to comment by NBC on a tweet by the President earlier in the day in which he said he had "smiled" upon hearing of a North Korean statement condemning Biden as "a fool of low IQ,” Sanders insisted