Why it’s time to negotiate a mutual No First Use policy with North Korea
Taking the DPRK's security concerns seriously should be the first step to a deal that sticks
Abigail Stowe-Thurston April 15, 2019 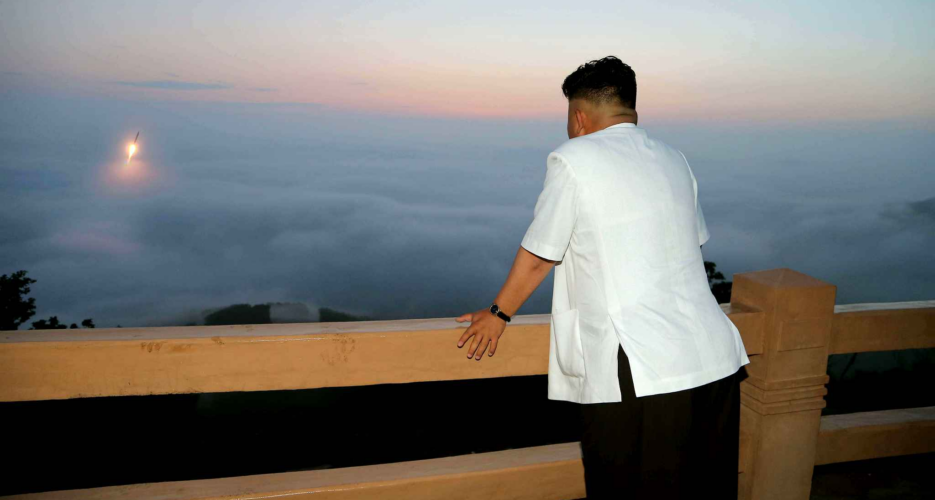 Despite the ceremony and fanfare leading up to the second summit between President Donald Trump and Kim Jong Un, the leaders departed early and emptyhanded.

The U.S. and North Korean leaders suggested that negotiations would continue even though no deal was reached in Hanoi, but the future of talks appears uncertain.

Both sides seem to have reached an impasse over disarmament steps like closing Yongbyon, but as Secretary of State Mike Pompeo and President Trump signal that a third summit may be on the horizon, perhaps it is time to consider a creative approach to continue the dialogue with North Korea that begins to address Pyongyang’s most urgent security concerns.

Negotiating a joint statement affirming that the United States and North Korea will not use nuclear weapons first against the other could help build confidence and create political space for Pyongyang to engage in more substantive disarmament steps.

A mutual No First Use policy could, too, reduce the risk of North Korean miscalculation and limit the chances of escalation to nuclear use in a conflict.

Both sides seem to have reached an impasse over disarmament steps

In the long-term, establishing security assurances like this could help lay the groundwork for a durable strategy to manage the security threats to and emanating from North Korea.

The Kim regime considers its nuclear arsenal necessary to preserve regime survival. Convincing Pyongyang that the United States does not intend to eliminate North Korean leadership is a prerequisite to the DPRK capping, reducing, and eventually relinquishing its nuclear weapon capability.

Negotiating a reciprocal agreement with North Korea not to use nuclear weapons first against one another would help build confidence between the United States and North Korea and help create conditions that are more conducive to limiting and eventually eliminating North Korea’s nuclear arsenal.

A bilateral, reciprocal No First Use agreement would not be unprecedented; a 1994 agreement between Russia and China states that neither country will use nuclear weapons against the other first or target the other’s territory with nuclear weapons.

The relationship between the United States and North Korea is clearly very different from the Russia-China relationship, but the benefits of reducing ambiguity and clarifying intentions are applicable in both situations.

While putting this kind of agreement on the table could help move negotiations forward, withholding commitments not to threaten North Korea’s security until it dismantles its nuclear arsenal will only perpetuate the conditions that motivate Pyongyang to maintain a nuclear deterrent capability in the first place.

In the absence of progress on North Korean disarmament, having a mutual No First Use agreement in place could prevent a crisis from spiraling out of control if tensions rise again.

North Korea continues to produce material for use in nuclear weapons and build systems to deliver them.

Tense conditions with limited communication are a breeding ground for misunderstanding and miscalculation, and these conditions are dangerously exacerbated by the ambiguity about when the United States would use nuclear weapons.

North Korea’s perceptions about its security environment mean that it is likely to assume the worst about the United States’ capabilities and intentions in a crisis.

The regime would be incentivized to use nuclear weapons early in a conflict if it believed that the security of its arsenal was compromised.

A bilateral No First Use agreement could stem North Korea’s perception that it must use its nuclear weapons before the United States attacks.

Even a conventional conflict with North Korea could devastate the United States and its allies with hundreds of thousands of military and civilian casualties in the early stages of a war.

However, the United States and its allies maintain conventional forces that are sufficient to counter a North Korean conventional attack or a chemical or biological attack. It is not necessary to threaten to use nuclear weapons first.

While a bilateral No First Use statement could help reduce tensions with North Korea, the United States would have to coordinate closely with its allies to reassure them that the policy will not impact existing U.S. security guarantees.

In fact, even the threat that the United States would use nuclear weapons first poses risks to allies.

If North Korea concludes that the United States is prepared to launch a nuclear attack as a crisis unfolds or in an ongoing conflict, even if that is not actually the case, it may choose to preemptively strike targets in South Korea or Japan before its nuclear forces are attacked.

And if the United States did use nuclear weapons first against North Korea, there is no guarantee that the direct effects of a U.S. nuclear attack would be limited to North Korean territory.

Radioactive fallout could spread thousands of miles affecting South Korea and Japan, and altered weather patterns could impact agriculture and the environment over the long-term.

Furthermore, the North Korean response to a nuclear first strike by the United States would be devastating to U.S. and allied forces.

Effectively, attacking with nuclear weapons first would start a nuclear war to the detriment of allied security.

A bilateral “No First Use” agreement alone will not resolve the threats that a nuclear-armed North Korea poses, but an approach to negotiations that takes Pyongyang’s security concerns seriously is more likely to be successful in the long term than proposing maximalist demands.

Despite the ceremony and fanfare leading up to the second summit between President Donald Trump and Kim Jong Un, the leaders departed early and emptyhanded.

The U.S. and North Korean leaders suggested that negotiations would continue even though no deal was reached in Hanoi, but the future of talks appears uncertain.

Abigail Stowe-Thurston is a program coordinator at the Center for Arms Control and Non-Proliferation. Previously, she was a research assistant for the Defense Posture Project at the Federation of American Scientists.