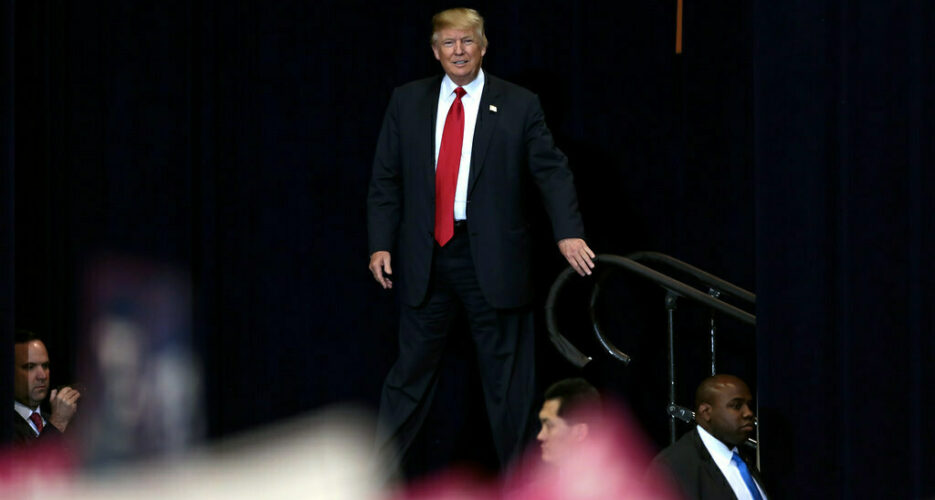 Trump’s comments follow the conclusion of a one day summit between Putin and North Korean leader Kim Jong Un in Vladivostok on Thursday.

“I think we’re doing very well with North Korea. A lot of progress is being made,” Trump told assembled reporters at the White House.

“I appreciated President Putin’s statement yesterday. He wants to see it done also. I think there’s a lot of excitement for getting a deal done with North Korea.”

It’s unclear which statement exactly Trump was referring to, though Putin called for constructive dialogue between the Washington and Pyongyang following his meeting with Kim.

“First and foremost, he wants to ensure his national interest and ensure his country’s security, but only if the partners of North Korea – primarily the United States – are ready to engage in constructive dialogue,” Putin said to reporters in Vladivostok.

Trump added on Friday that both China and Russia were helping with North Korea and reiterated what he called a “great relationship” with the North Korean leader.

“I have a great relationship with Kim Jung Un … And China’s helping us, because I think they want to.”

“They don’t need nuclear weapons right next to their country. But I also think they’re helping us because of the fact that we’re in a trade deal, which by the way is going very well.”

Also on Friday, the U.S. President addressed a report from the Washington Post which claimed North Korea had billed Washington $2 million for Otto Warmbier’s medical care.

Warmbier was taken prisoner by North Korea and returned 18-months later in a coma. He died shortly after arriving back on U.S. soil.

“No money was paid to North Korea for Otto Warmbier, not two Million Dollars, not anything else,” Trump said on social media.

“This is not the Obama Administration that paid 1.8 Billion Dollars for four hostages, or gave five terroist (sic) hostages plus, who soon went back to battle, for traitor Sgt. Bergdahl!”

Despite positive comments from both Trump and his Secretary of State Mike Pompeo following the failed summit in Hanoi in February, there has been little publicly announced diplomatic progress in the intervening months.

Following the summit in Vladivostok, North Korean media accused the U.S. of acting in “bad faith” in Hanoi and the Korean Peninsula had “reached a critical point where it may return to its original state.”

U.S. President Donald Trump Friday said he appreciated Russian President Vladimir Putin's statement on North Korea adding that he saw progress with the DPRK.Trump's comments follow the conclusion of a one day summit between Putin and North Korean leader Kim Jong Un in Vladivostok on Thursday."I think we’re doing very well with North Korea. A lot of progress is being made,” Trump told