Russia awaiting North Korean response to Kim Jong Un summit invitation: Kremlin
Meeting, should it go ahead, would be the first between DPRK and Russian leaders in eight years
Oliver Hotham April 3, 2019 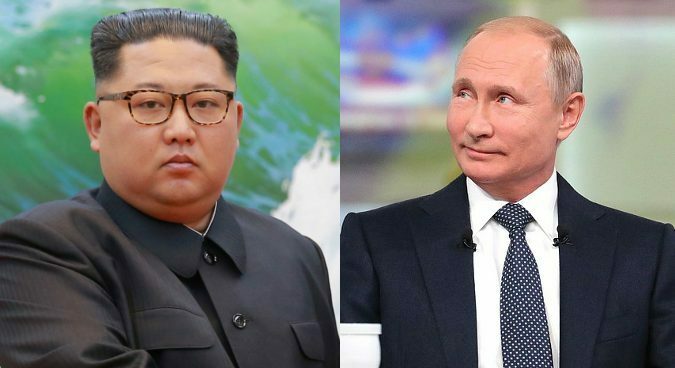 The Russian government has formally invited North Korean leader Kim Jong Un to visit the country, the Kremlin said on Wednesday, and it is now awaiting a response from Pyongyang.

In comments carried by the country’s TASS news agency, presidential aide Yuri Ushakov confirmed that an “invitation has been handed over.”

“We are awaiting our North Korean counterparts’ response,” he said, stressing that a date for the DPRK leader’s visit will be “agreed on” once that response comes.

Ushakov’s comments appear to confirm that a long-expected summit between Kim and Russian President Vladimir Putin is in the works.

Should it go ahead, it will be the DPRK leader’s first meeting with President Putin, as well as the first Russia-DPRK summit since 2011 and the third since the collapse of the Soviet Union.

Questions remain, one expert told NK News earlier in the week, over where exactly the two leaders might meet.

“One of the biggest questions remaining is where exactly Kim would meet Putin,” Anthony Rinna, an analyst on Russian foreign policy in East Asia for the Sino-NK research group, said.

“In 2001, Kim Jong Il traveled to Moscow by train, although in 2011 he only went as far as Ulan Ude, which is several thousand kilometers closer to North Korea than Moscow,” he continued. “Furthermore, during a brief visit in 2002, Kim stayed within the Russian Far East.”

2018 saw the North Korean leader hold eight summits with foreign heads of states, both at home and abroad, with the Russian leader conspicuously absent from his list of high-level engagements.

September that year saw Russian press report that Kim had accepted an invitation to visit the country, though no such trip took place.

News that a summit is now in the works comes amid a spate of diplomatic engagement between the two countries.

Wednesday saw Russian interior minister Vladimir Kolokoltsev wrap up a two-day visit to Pyongyang, during which he held a number of meetings, including with his local counterpart Choe Pu Il.

The two sides used those talks to discuss cooperation in providing “public order in our countries, including during business visits and tourist trips,” TASS reported, as well as “in various areas not affected by international sanctions.”

The Russian government has formally invited North Korean leader Kim Jong Un to visit the country, the Kremlin said on Wednesday, and it is now awaiting a response from Pyongyang.In comments carried by the country's TASS news agency, presidential aide Yuri Ushakov confirmed that an "invitation has been handed over.""We are awaiting our North Korean counterparts’ response," he said,