Bolton wants “real indication” of N. Korean denuclearization for third summit
Trump is "fully prepared to have a third summit if he can get a real deal," Bolton says
Leo Byrne April 17, 2019 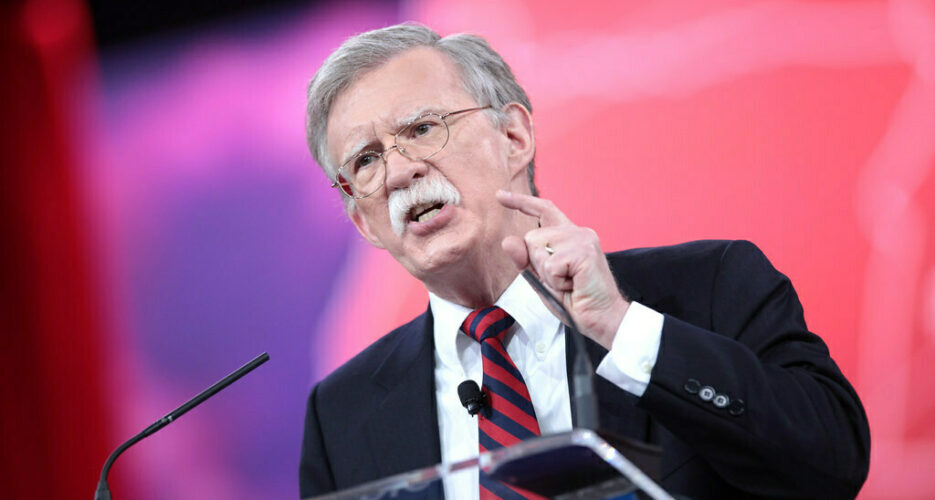 This story has been updated to include comment from Stephan Haggard

U.S. National Security Advisor John Bolton on Wednesday said Washington would need an indication that North Korea was willing to denuclearize before agreeing to a third summit.

Speaking to Bloomberg news, the national security advisor appeared to take a firmer stance than other high-level staffers in Washington, who have seemed more upbeat on the prospect of another meeting between U.S. President Donald Trump and North Korean leader Kim Jong Un.

“I think a real indication from North Korea that they’ve made the strategic decision to give up nuclear weapons,” Bolton told Bloomberg.

“The president is fully prepared to have a third summit if he can get a real deal.”

The national security advisor’s comments come following a February meeting between Trump and Kim in Hanoi, where both sides walked away from the negotiating table without reaching an agreement.

Negotiations fell apart as the two sides could not agree on sanctions relief and which of North Korea’s nuclear development sites to dismantle, it was reported afterward.

“Mr. Bolton has been disciplined in his support of the president’s approach, despite a history of greater hawkishness. I doubt whether he would make a comment of this sort unless he sees some potential,” Stephan Haggard, director of the Korea-Pacific Program at IR/PS told NK News.

“The question is what he and the president mean by a ‘real deal.’ President Trump had already opened the door for an interim or step-by-step approach. But would the announcement of such an approach merit a summit? Beyond the theatrics and visuals, I am skeptical.”

During the interview with Bloomberg, Bolton also said that he didn’t believe Washington could say that progress towards denuclearization has been made “at this point,” also contrasting with remarks from U.S. Secretary of State Mike Pompeo and Trump.

The secretary of state has said during numerous interviews that Washington has made progress with the DPRK, often citing a lack of missile and nuclear tests and the return of U.S. nationals previously held in Pyongyang.

Pompeo also said on April 5 that he was hopeful for another summit between the two leaders, though did not express any preconditions at the time.

“I hope (there will be a third summit). Look, we came out of Hanoi with a deeper understanding of each other, the positions that the two sides had,” Pompeo said.

Speaking more recently on Saturday, Pompeo added that Washington continued to talk to North Korea, despite the Hanoi summit ending without an agreement.

“With respect to our negotiations with North Korea, I don’t have anything to add other than even after Hanoi we’ve continued to have conversations,” Pompeo said while on tour of several Latin American countries.

Bolton’s remarks come amid unconfirmed reports that Kim Jong Un will meet with Russian President Vladimir Putin in Vladivostok as early as next week, though there has been no official announcement from the Kremlin.

Washington’s Special Representative for North Korea Stephen Biegun also traveled to the Russian capital on Wednesday for two days of talks, though at the time of writing, the U.S. State Department has not issued a further statement on the talks.

Biegun is reportedly meeting with Deputy Foreign Minister Igor Morgulov, though the Russian Foreign Ministry has also yet to issue a readout of the discussions.

This story has been updated to include comment from Stephan HaggardU.S. National Security Advisor John Bolton on Wednesday said Washington would need an indication that North Korea was willing to denuclearize before agreeing to a third summit.Speaking to Bloomberg news, the national security advisor appeared to take a firmer stance than other high-level staffers in Washington, who have