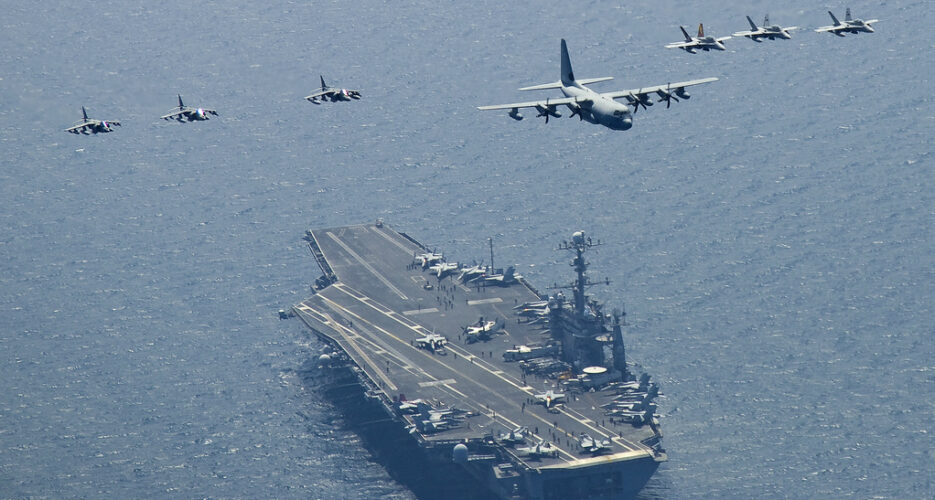 “Following close cooperation, South Korea and the U.S. decided to suspend all planning activities for the UFG, the defensive exercise slated for August,” the ROK defense ministry said on Tuesday in a circular to reporters.

“The South and the U.S. plan to continue consultations over additional measures,” it added.

Reuters on Tuesday cited an unnamed U.S. official as having said that the drills had been suspended and that a full statement would be issued in the coming days.

The U.S. has long insisted that joint U.S.-ROK military exercises are “defensive in nature” and necessary as a deterrent against North Korean provocations.

A press conference last week, however, saw President Trump refer to them as “war games.”

“We will be stopping the war games, which will save us a tremendous amount of money,” the President said, later adding they were “very provocative, it’s a very provocative situation.”

“Under the circumstances, it’s inappropriate to be having war games.”

North Korea has long insisted the exercises are provocative, citing them as evidence of the U.S.’s hostile policy against the DPRK and said that they represent preparations for an invasion of North Korea.

The South Korean government was initially caught off guard by Trump’s announcement last week and did not appear to have been consulted on the matter.

“At this time, need clarification of the precise meaning and intention behind President Trump’s remarks,” a spokesperson for the ROK MND said in a statement following Trump’s comments on June 12.

A spokesperson for U.S. Forces Korea (USFK) also told Stars and Stripes on June 12 that the military had received “no updated guidance on execution or cessation of training exercises” including for the UFG drills.

“In coordination with our partners, we will continue with our current military posture until we receive updated guidance from the Department of Defense … and/or Indo-Pacific Command,” the outlet reported Col. Jennifer Lovett as saying via email.

South Korean President Moon Jae-in later said on June 14 that he would consider suspending the drills if “sincere dialogue” between the two Koreas and the U.S. continued.

The U.S. and South Korea have agreed to suspend the annual Ulchi Freedom Guardian (UFG) joint military drills, the ROK Ministry of National Defence (MND) said on Tuesday.The drills were set to take place in August, though U.S. President Donald Trump following a summit with Kim Jong Un last week said they would be halted while talks with the North were ongoing."Following close cooperation,