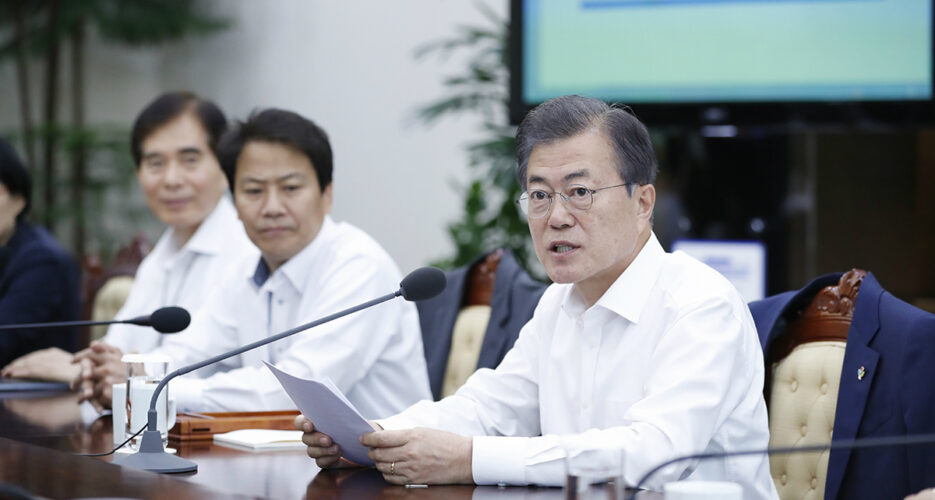 The South Korean President will not visit Singapore during a planned DPRK-U.S. summit, a senior official at the Presidential office said a briefing held in Singapore on Monday, amid reports that the three sides could use the historic meeting to declare an end to the Korean War.

The senior official at the Blue House — who wished to remain anonymous — said that doing so would suggest that a summit agreement between Pyongyang and Washington was a done deal.

Many South Korean outlets have in the last few days reported the possibility of a trilateral summit between the U.S. and the two Koreas on the sidelines of this week’s Kim-Trump meeting.

Some had also speculated that South Korea could use the Kim-Trump meeting to have the three sides declare a formal end to the Korean War – a key agreement in April’s Panmunjom Declaration.

Speaking at a closed-door press briefing held at the Seoul-run Korea Press Center, the official said that due to the intense negotiations between the North and the U.S. ahead of the Tuesday summit, the plan would not be feasible.

“If President Moon said he would come here to declare an end to war before the North-U.S. summit is held, it would, from the U.S. perspective, be like showing an entire answer sheet,” the official said.

“One side can’t make an act of showing the answer while others are in war of nerves.”

The senior official said Seoul could have decided to go ahead with a visit at “the very last minute,” but reiterated the Moon administration would not rush the signing of a peace treaty.

Seoul does believe, they added, that it will be possible to achieve the goal “at any time” if a favorable environment emerges from the DPRK-U.S. summit.

The two Koreas agreed to pursue trilateral meetings – or quadrilateral meetings involving China – “with a view to declaring an end to the War” on the occasion of the 65th anniversary of the Armistice on July 27 in the Panmunjom Declaration signed by Moon and Kim in April.

Monday saw the Blue House official say the “very significant meaning” Kim-Trump meeting would be if the two confirmed each other as “credible partners.”

When asked if they had any advice to Trump, the official said the North’s “biggest goal” was to be recognized as a “serious partner for dialogue.”

“Working-level officials have said it is necessary to show respect to the counterpart and express appropriate courtesy in the course of dialogue with Chairman Kim,” they added.

South Korean presidential spokesperson Kim Eui-kyeom said the U.S. President had briefed Moon on ongoing working-level talks between Pyongyang and Washington, and that the two had held a “detailed discussion on measures to achieve the successful fruition” of Tuesday’s summit.

Trump is set to dispatch U.S. Secretary of State Mike Pompeo to Seoul in the aftermath of the summit to discuss plans to work together on realizing any agreement made on Tuesday.

Moon earlier in the day said he expected the DPRK-U.S. summit will become a “historic milestone on the path towards peace.”

“I hope a significant agreement will be reached at the summit this time on the end of hostile relations and the denuclearization of the Korean Peninsula,” Moon said at a meeting with presidential senior secretaries, adding he also expected Kim and Trump to make “bold decisions to freely exchange what they want from each other.”

Moon may deliver a message on the DPRK-U.S. summit following the results of the meeting, presidential spokesperson Kim Eui-kyeom said.

Seoul has this week dispatched a delegation to Singapore, including Second Deputy Chief of the Presidential National Security Office Nam Gwan-pyo and Special Representative for Korean Peninsula Peace and Security Affairs Lee Do-hoon, to monitor the summit.

The officials are staying at the Shangri-La Hotel – also the temporary residence of President Trump and the U.S. delegation during the summit.

The South Korean President will not visit Singapore during a planned DPRK-U.S. summit, a senior official at the Presidential office said a briefing held in Singapore on Monday, amid reports that the three sides could use the historic meeting to declare an end to the Korean War.The senior official at the Blue House — who wished to remain anonymous — said that doing so would suggest that a 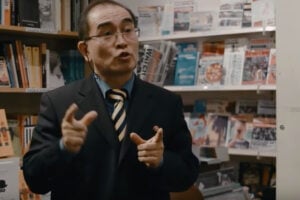