Trump casts doubt on whether summit with Kim Jong Un will go ahead
U.S. President says "it may not work out for June 12" prior to talks with Moon Jae-in
Leo Byrne May 22, 2018 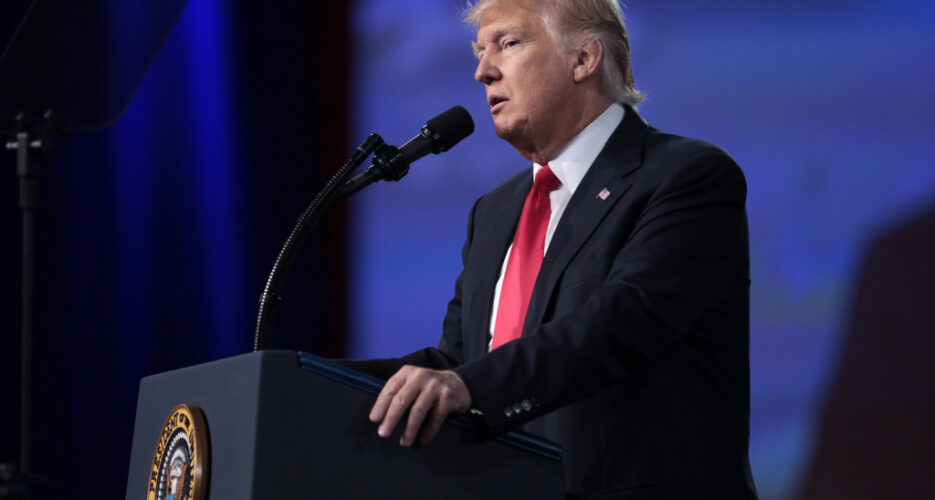 U.S. President Donald Trump on Tuesday cast doubt on an upcoming summit with North Korean leader Kim Jong Un scheduled for June 12 in Singapore, saying it might not go ahead as planned.

Speaking from the Oval Office alongside South Korean President Moon Jae-in, Trump also maintained an indifferent tone on whether or not the meeting happens.

“We’re moving along. We’ll see what happens. It may not work out for June 12,” Trump said in comments carried by CBS News.

“If it doesn’t happen, maybe it will happen later … You never know about deals … I’ve made a lot of deals. You never really know.”

Trump’s comments come following a sudden diplomatic swerve from the DPRK, which threatened to cancel the summit last week over U.S. – ROK joint military drills and Washington’s stance on denuclearization.

North Korea also called off high-level talks with its southern counterpart scheduled for May 16, citing the military drills and criticising Seoul for allowing a high-ranking defector to speak at the National Assembly.

“The summit process has run into a rough patch … Trump is likely growing concerned that the breach in the two sides over how to define and proceed with denuclearization is wide and for political reasons on both sides narrowing that gap is proving difficult,” Ken Gause, a North Korea leadership specialist at the CNA Corporation told NK News.

“(North Korea) just recently also threatened to pull the plug. Kim Jong Un doesn’t want a failed summit either. But whether they will want to continue diplomacy to find a way forward or reset the table through brinksmanship will depend on how they perceive the dynamics inside the White House.”

But speaking to reporters prior to his meeting with Moon, Trump added he thought Kim Jong Un was “very serious” about denuclearization.

“I do think (Kim) is serious (about denuclearization). I think he is absolutely very serious,” Trump said.

Despite Trump’s statements on the likelihood of the summit, the two leaders agreed to do their utmost to keep the negotiations on schedule.

“President Moon and President Trump agreed to do their utmost so the U.S.-North Korea summit scheduled for June 12 will be held without any disruption,” Moon’s chief press secretary Yoon Young-chan said in comments carried by Yonhap.

Moon is in Washington to discuss the summit with Trump, and has already spoken with Secretary of State Mike Pompeo and National Security Advisor John Bolton.

During the press conference with the U.S. president, Moon reiterated an offer of support for Washington and said he had “every confidence that Trump will achieve a historic feat.”

Moon added that the Korean peninsula’s “fate and future” hinges on the summit between Pyongyang and Washinton going ahead.

Trump’s comments contrast with those from a South Korean official on Monday who said there was “99.9 percent chance” the negotiations between Kim and Trump would go ahead.

“We are heading [to Washington] with the expectation that the two leaders will share various ideas on how to reach the two aims,” he continued, saying that Seoul and Washington needed to prepare for contingencies,” South Korean national security adviser Chung Eui-yong said.

“Our understanding is that there is a 99.9% percent chance that it will take place … But we are preparing for various possibilities.”

This story has been updated to include additional details about the meeting between Presidents Trump and MoonU.S. President Donald Trump on Tuesday cast doubt on an upcoming summit with North Korean leader Kim Jong Un scheduled for June 12 in Singapore, saying it might not go ahead as planned.Speaking from the Oval Office alongside South Korean President Moon Jae-in, Trump also maintained