Returning detainee says he did “a lot of labor work,” fell ill in North Korea
Kim Dong-chul, Tony Kim, and Kim Hak-song were returned to the U.S. on Thursday
Dagyum Ji May 10, 2018 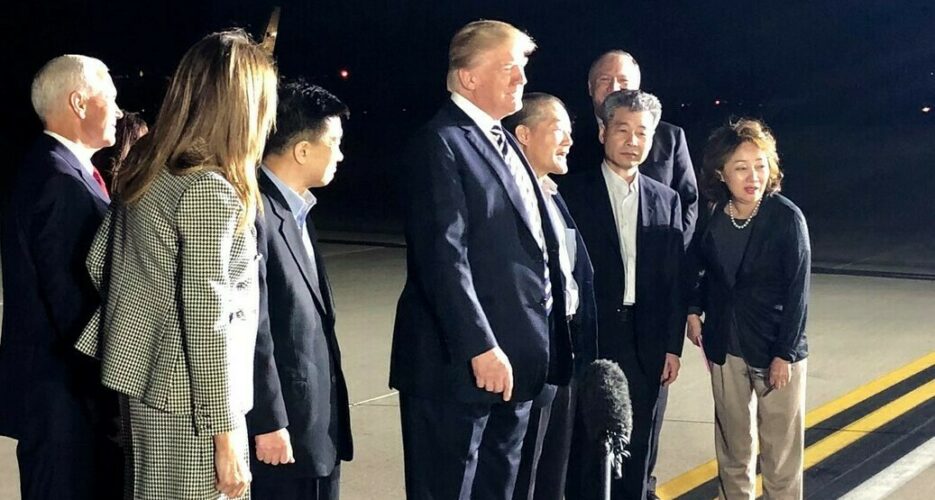 Former American detainee Kim Dong-chul on Thursday said he had been forced to do extensive manual labor and had fallen ill during over two-years’ imprisonment in North Korea.

Kim, who had until yesterday been imprisoned in the DPRK, landed at the Joint Base Andrews in Maryland at around 0240 local time, accompanied by two fellow American former detainees and Secretary of State Mike Pompeo.

The three men were greeted by U.S. President Donald Trump and First Lady Melania, along with U.S. officials including Vice President Mike Pence.

The news of their release accompanied a one-day trip to Pyongyang by Pompeo, during which the Secretary of State held meetings with North Korean leader Kim Jong Un and senior official Kim Yong Chol.

“‘I was treated in various ways, but I had a lot of labor work,” Kim Dong-chul told media in Korean at a press conference at the airbase. “But I received some treatment when I was sick.”

Kim Dong-chul had been imprisoned in North Korea since October 2015.

In the months following his arrest, he was sentenced to ten years’ hard labor for having committed “unpardonable espionage” on behalf of South Korea.

Of the three American detainees, Kim Dong-chul was the only one to have stood trial.

Kim Sang-duk (also known as Tony Kim) and Kim Hak-song – both of whom had worked with the Pyongyang University of Science and Technology (PUST) – were detained for alleged “hostile acts” in April and May last year.

Thursday saw the Korean Central News Agency (KCNA) report that the North Korean leader Kim Jong Un had agreed to release the three during his meeting with Pompeo.

Kim reportedly gave an order “granting amnesty to them for their repatriation.”

“We want to thank Kim Jong Un,” he told assembled media, adding that he “very much appreciates” their repatriation. “This is a very special night for these really great people.”

“It was understood that we would be able to get these three terrific people during the meeting and bring them home after the meeting,” Trump said, suggesting the men were set to be released during his summit with Kim Jong Un.

“He was nice in letting them go before the meeting. Frankly, we didn’t think this was going to happen. And it did.”

Trump, who is set to meet Kim in the next few weeks at an as-yet-undisclosed location – said the DPRK leader “wants to do something and bring that country into the real world.”

The U.S. President also expressed his hopes for the upcoming summit and on the improvement of the bilateral relations, saying the talks “have a very good chance of doing something very meaningful.”

When asked whether securing the prisoners’ release was his proudest achievement, he reiterated his plans to secure North Korean denuclearization at the DPRK-U.S. summit.

“My proudest achievement will be – this is a part of it – will be when we denuclearize that entire peninsula,” he said. “This is what people have been waiting a long time for.”

“I’m very honored to free the three folks. The true honor is going to be if we have a victory in getting rid of nuclear weapons.”

Former American detainee Kim Dong-chul on Thursday said he had been forced to do extensive manual labor and had fallen ill during over two-years' imprisonment in North Korea.Kim, who had until yesterday been imprisoned in the DPRK, landed at the Joint Base Andrews in Maryland at around 0240 local time, accompanied by two fellow American former detainees and Secretary of State Mike Pompeo. 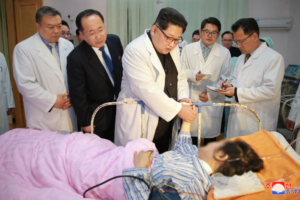