N. Korea to get protections if deal reached, could be “decimated” if not: Trump
President suggests military intervention "most likely" if agreement not reached
Hamish Macdonald May 17, 2018 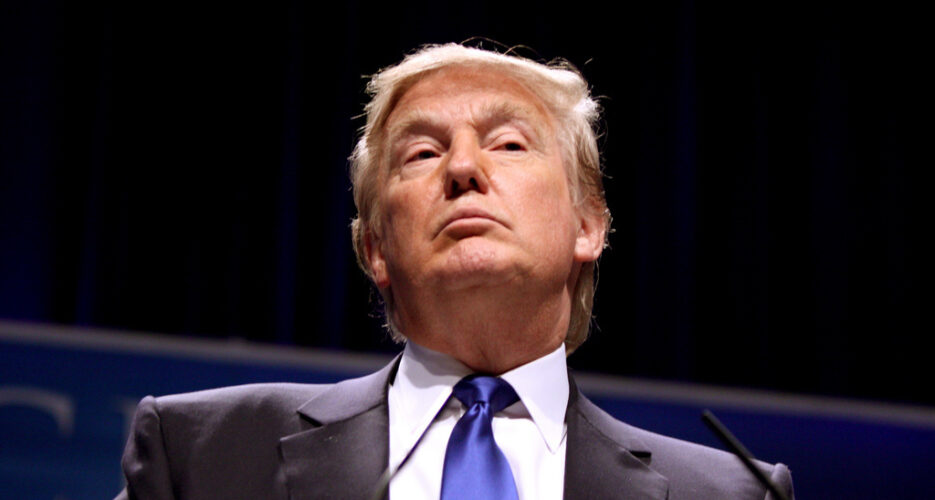 Kim Jong Un will receive very strong protections in a denuclearization deal with the U.S., President Donald Trump said on Thursday, but added that if no deal is reached then North Korea will most likely face the “Libya model” in which the country was “decimated.”

The comments were made following a series of articles from North Korean state media since Wednesday, which derided both the U.S. and South Korea for recent comments and actions that the country opposes. The articles include threats to cancel the expected summit between Kim and Trump.

“Nothing has changed with North Korea that we know of, we have not been told anything, if it doesn’t (happen) that’s fine, if it does, then I think we will have a very successful meeting,” Trump told the press in the Oval Office during a meeting with NATO Secretary General Jens Stoltenberg.

Trump then followed up by saying that the so-called Libya model for denuclearization – strongly opposed by North Korea – would not be applied in the case of the DPRK going in.

“The Libyan model isn’t a model that we have at all when we are thinking of North Korea. In Libya we decimated that country, that country was decimated, there was no deal to keep Gaddafi,” he said.

However, Trump continued that this was dependent on an agreeable deal being struck between the U.S. and North Korea and issued what is likely to be to seen as a strong threat towards the country.

“If you look at that model with Gaddafi that was a total decimation, we went in there to beat him… now … that model will take place if we don’t make a deal most likely,” Trump said, “but if we make a deal I think Kim Jong Un will be very, very happy.”

On April 29, speaking with CBS News, Bolton said the administration was looking at the “Libya model of 2003, 2004” when approaching North Korea.

North Korea has previously cited Libya as an example of why it wouldn’t give up its nuclear weapons: Gaddafi pledged to relinquish his WMDs in late 2003 and was subsequently removed from power and killed by rebels on October 20, 2011 with the help of U.S. military support.

“It is essentially a manifestation of awfully sinister move to impose on our dignified state the destiny of Libya or Iraq which had been collapsed due to yielding the whole of their countries to big powers,” Kim Kye Gwan, North Korea’s first vice-minister of Foreign Affairs, said in an article on Tuesday, criticising Bolt directly. Trump and Kim are scheduled to meet in Singapore on June 12.

During the press conference with Stoltenberg, Trump also said that Chinese President Xi Jinping could be influencing Kim, insinuating his involvement in the change of tone from the DPRK and citing the North Korean leader’s second foreign visit to China this year as a possible turning point.

“It could very well be that he’s influencing Kim Jong Un. We’ll see what happens. Meaning the President of China, President Xi, could be influencing,” Trump said.

Kim Jong Un will receive very strong protections in a denuclearization deal with the U.S., President Donald Trump said on Thursday, but added that if no deal is reached then North Korea will most likely face the "Libya model" in which the country was "decimated."The comments were made following a series of articles from North Korean state media since Wednesday, which derided both the U.S. and