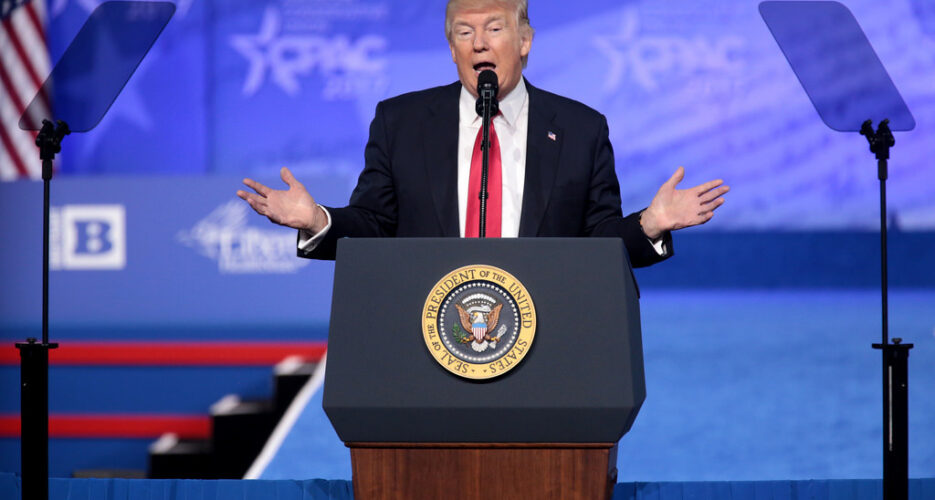 Speaking at the White House during a meeting members of Congress, Trump also indicated that a recent trade spat between Washington and Beijing had not impacted China’s cooperation on North Korea.

“(China has) really been a great help to us at the border with North Korea … They’ve been really terrific at helping us get to some kind of settlement,” Trump said in comments carried by Reuters.

“Meetings are being set up right now between myself and Kim Jong Un. I think it will be terrific. I think we’ll go in with a lot of respect and we’ll see what happens.”

The White House has so far been tight-lipped about progress on the proposed between the two leaders, though the negotiations seem to be on track for May or early June.

The agreement to meet followed an apparent and sudden willingness from Pyongyang to meet with leaders from South Korea, China, and the United States.

Both Seoul and Washington have reported that Pyongyang is interested in discussing denuclearization, though many remain skeptical of the North’s intentions.

“The big issue is how both sides define denuclearization. Trump this morning was talking about wanting firm and verifiable steps six months to a year after the summit,” Ken Gause, a North Korea leadership specialist told NK News.

“I can’t see Pyongyang going for that given their preference for a phased approach that can be stretched out indefinitely and comes with incentives (economic and security) along the way.”

According to its trade figures, China is enforcing many of sectoral sanctions against the DPRK which prohibit the import of most of North Korea’s raw materials and exports of machinery and electrical equipment.

As a result of the trade restrictions, the North’s official earnings from its trade have plummeted by around 95 percent when compared to two years ago, prior to the stricter UN sanctions regime.

But despite Trump’s praise, a recent report from the UN Panel of Experts indicated that China remains a hub for North Korean sanctions evasion, while Chinese nationals have also been involved in oil and coal smuggling.

Speaking at the White House during a meeting members of Congress, Trump also indicated that a recent trade spat between Washington and Beijing had not impacted China's cooperation on North Korea.