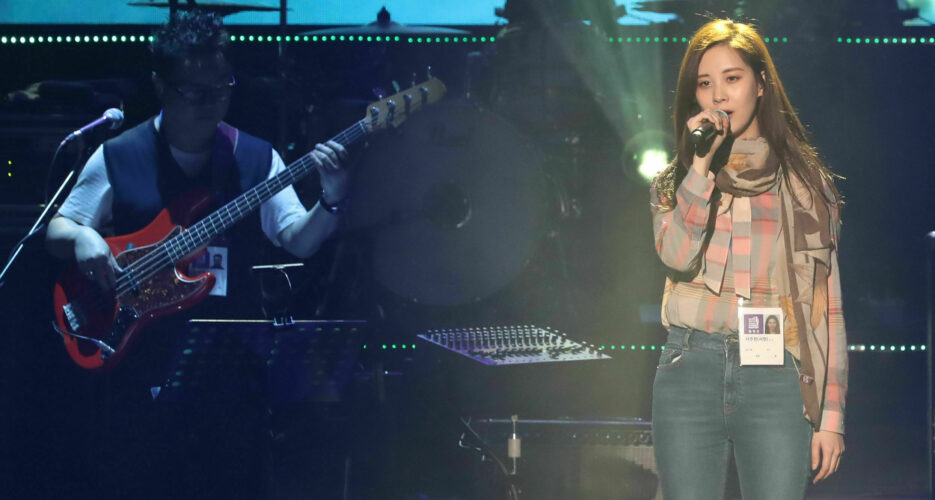 Senior DPRK official Kim Yong Chol on Monday extended an official apology to South Korean reporters after they were prevented from entering the venue of an inter-Korean concert in Pyongyang the previous day.

Sunday’s “Spring is Coming” concert began at 1820 local time and continued for two hours and 10 minutes at the East Pyongyang Grand Theatre, and was attended by North Korean leader Kim Jong Un and his wife Ri Sol Ju.

The South Korean press pool on Monday said seven reporters, with the exception of one video journalist, had been prevented by North Korean officials from entering the venue while the concert took place.

The pool reporters were forced to cover the concert by watching it on a television in a nearby dressing room.

Following the incident, Kim Yong Chol, vice-chairman of the Central Committee of the Workers’ Party of Korea (WPK), issued the apology at a 16-minute news conference held at the Koryo Hotel on Monday morning.

“We ought to support reporters from the South in freely covering an event and conveniently film it as we invited them to the North,” Kim, who also serves as director of the United Front Department of the WPK Central Committee, was quoted as saying in the pool report.

Kim told South Korean reporters that it had been “wrong to limit the coverage activities and prohibit them from filming freely.”

“In front of the reporters and the minister, I am offering an apology for the wrong on behalf of North Korean authorities,” he said. “And I am asking for your understanding.”

South Korean Minister Do Jong-whan of the Ministry of Culture, Sports and Tourism (MCST), deputy director of the National Intelligence Service (NIS) Kim Sang-gyun, and a senior official at the ROK presidential office Yun Kun-young also attended the news conference.

Vice-chairman Kim said that Sunday’s event had been “special” due to the presence of DPRK leader Kim Jong Un.

Kim said there had been a lack of cooperation between the leader’s security and the organizers of the performance, repeatedly asking for understanding.

The North Korean official said he understood that the South Korean journalists would “be really disappointed” and that Pyongyang could “fully understand” why.

“We didn’t intentionally create an obstacle in news coverage activities or ban them from filming properly,” he told reporters and South Korean officials, promising that the mistake would not be repeated at an upcoming inter-Korean concert on Tuesday.

At the beginning of the statement, Kim also introduced himself by referencing the 2010 sinking of the Cheonan corvette, which killed 46 sailors and which he has been accused of masterminding.

“I am Kim Yong Chol, who the South pointed to as the main culprit of the sinking of Cheonan warship by an explosion,” he said.

Kim Yong Chol’s visit to South Korea in February was met with vocal opposition due to his reported role in masterminding the sinking of the South Korean ship.

South Korea’s Ministry of Unification (MOU) on Monday said Seoul had “protested vehemently” against the limitations placed on the ROK press by the North.

The South Korean delegation flew to Pyongyang on Saturday, and is scheduled to return to the South on Tuesday following a joint inter-Korean concert.

January saw North Korea ask Seoul to limit press coverage of a preliminary inspection team’s visit to the ROK and a public argument between chairman of the Committee for the Peaceful Reunification of the Country (CPRC) Ri Son Gwon and South Korean media covering inter-Korean talks.

Ri warned media that the meeting would go well “unless the press misled” the public.

The North Korean journalists union in January also called for the South Korean government to “hold tight control” of local media and warned that Seoul would inter-Korean talks “turn into a mourning ceremony” if they failed to control the media.

Senior DPRK official Kim Yong Chol on Monday extended an official apology to South Korean reporters after they were prevented from entering the venue of an inter-Korean concert in Pyongyang the previous day.

Sunday's “Spring is Coming” concert began at 1820 local time and continued for two hours and 10 minutes at the East Pyongyang Grand Theatre, and was attended by North Korean leader Kim Jong Un and his wife Ri Sol Ju.