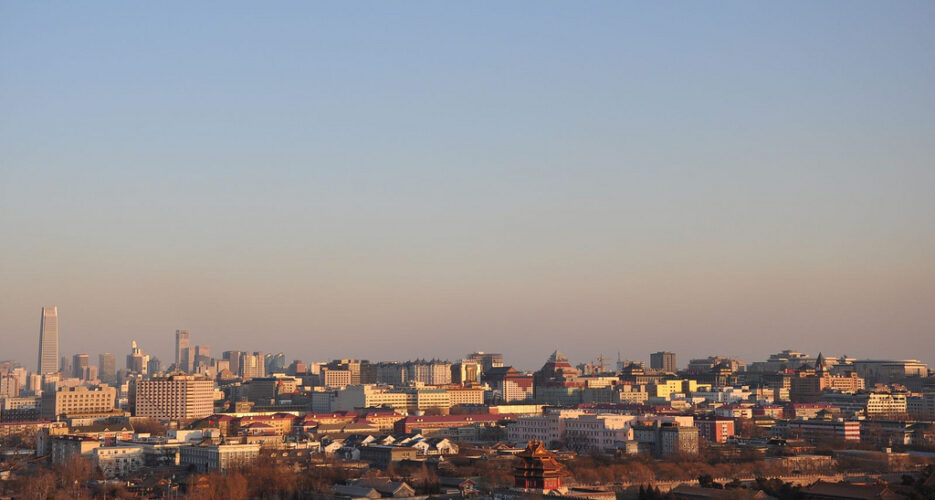 A train reported to be carrying a high-level North Korean delegation departed from the Chinese capital on Tuesday afternoon, multiple media have reported.

No details about the make-up of the delegation – or even acknowledgment that it exists – have been released by either Chinese or DPRK state media.

But Monday saw reports emerge that an olive-green train, similar to the one used by DPRK leader Kim Jong Il on past visits to China, had arrived in Beijing under heavy security.

The news, first broken by Japan’s Nippon TV, sparked a flurry of speculation that Kim Jong Un was onboard – in a visit that would constitute the DPRK leader’s first official visit overseas since coming to power in 2011.

Though prior visits to China by DPRK leader Kim Jong Il were announced to South Korean media ahead of time by the country’s National Intelligence Service (NIS), Tuesday saw Seoul appear to have been kept in the dark about the visit.

“We’ve come across media reports which include various analyses and speculations since yesterday,” Noh Kyu-duk, spokesperson for South Korea’s Ministry of Foreign Affairs (MOFA), said during a regular news briefing on Tuesday.

“Our government has been figuring out the related situations including the authenticity of the report in a thorough manner, but we have nothing to confirm as of now.”

When asked if Beijing had responded to Seoul’s requests for further information, Noh said the Chinese government typically made a public announcement on these types of personal exchanges at “an appropriate time.”

The South Korean presidential office on Monday said the government “has been keeping close tabs on the situation while closely communicating with concerned countries.”

Reports by Bloomberg News on Monday claimed that the mystery visitor was the North Korean leader, with media also pointing to heavy security at Beijing’s Diaoyutai State Guesthouse – typically used by the Chinese government to host high-level dignitaries.

The news also accompanied reports of increasing Chinese government censorship of reports on the mystery visitor, and of an unconfirmed convoy of official vehicles seen in central Beijing.

China’s Ministry of Foreign Affairs (MFA) has kept quiet on the trip, telling press that it had no information on the purportedly official visit.

“At present, I have no understanding of the situation you mention. If there is news we will release it,” Hua Chunying, spokesperson for Chinese foreign ministry, said at Tuesday’s regular news briefing in a statement carried by Reuters.

The reportedly North Korean visit comes amid some of the most strained relations between Beijing and Pyongyang in years, exacerbated last year by multiple missile launches and a nuclear test by the North and Chinese support for an increasingly strict sanctions regime against the DPRK.

Kim Jong Un’s surprise agreement earlier in the month, too, to meet with U.S. President Donald Trump “by May,” hinted at China’s increasing isolation on the North Korean issue.

If a Kim-Xi summit is confirmed to have taken place, the meeting would be first of its kind since Kim Jong Il’s seventh visit to China in May 2011 and talks with then-President Hu Jintao.

Kim Jong Il visited Beijing for the first time in May 2000: six years after coming to power and a month ahead of the first-ever inter-Korean summit.

News of the potential meeting comes amid a flurry of diplomatic activity ahead of two summits between Kim Jong Un and South Korean President Moon Jae-in in April and between Kim and U.S. President Donald Trump slated for the following month.

Reports on Monday suggested that DPRK foreign minister Ri Yong Ho is set to visit Russia next month, while Japan, South Korea, and China have suggested they plan to hold a summit – the first between the countries in three years – in early May.

A train reported to be carrying a high-level North Korean delegation departed from the Chinese capital on Tuesday afternoon, multiple media have reported. No details about the make-up of the delegation - or even acknowledgment that it exists - have been released by either Chinese or DPRK state media. But Monday saw reports emerge that an olive-green train, similar to the one used by DPRK