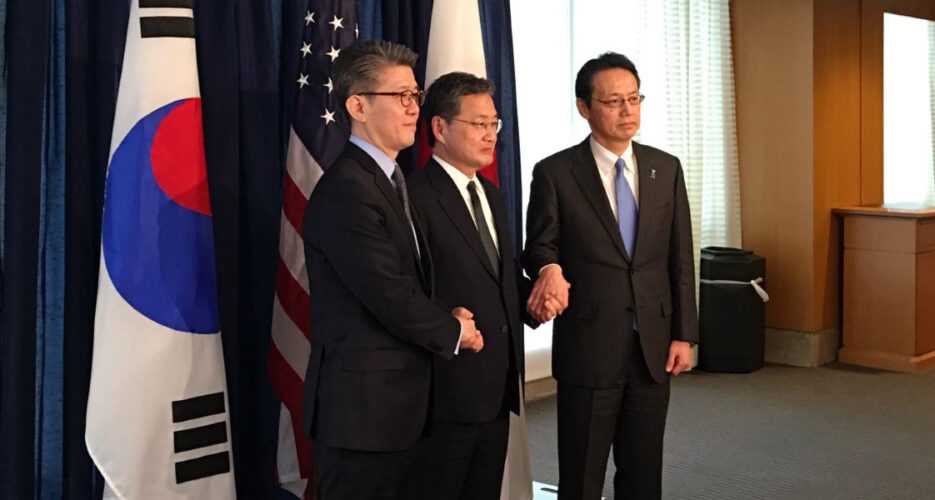 Yun had worked in the position, which is held concurrently with the role of Deputy Assistant Secretary of State for Japan and Korea, since 2016.

He had previously served as U.S. Ambassador to Malaysia.

“Ambassador Joe Yun, a respected member of the Senior Foreign Service, has decided to retire for personal reasons, ‎and the Secretary has reluctantly accepted his decision and wished him ‎well,” State Department spokesperson Heather Nauert said in a statement.

“We are sorry to see him retire, but our diplomatic efforts regarding North Korea will continue based on our maximum pressure campaign to isolate the DPRK until it agrees to begin credible talks toward a denuclearized Korean peninsula.”

The news first appeared in the Nelson Report, an influential Beltway newsletter on East Asian affairs and attributed to unnamed sources on Monday evening, and was later reported by CNN.

The news comes as something of a surprise: Russian deputy foreign minister Igor Morgulov as recently as Saturday told the country’s TASS news agency that he had extended an invitation to Yun for talks in Moscow with North Korean officials, but that dates were still under discussion.

“It was completely my decision to retire at this time,” Yun was quoted as saying in comments carried by CNN, adding that Secretary of State Rex Tillerson had, “with regret,” accepted his resignation.

The ambassador has long been an advocate for diplomacy with North Korea, with reports last year suggesting he had engaged in several behind the scenes negotiations with Pyongyang officials.

February also saw him seek to dispell fears that U.S. military action against North Korea was imminent, telling reporters in Tokyo that “I don’t believe we are close to it” while emphasizing that “all options are on the table.”

Joseph Yun was reported in late October to have floated the idea that a North Korean pause in nuclear and missile testing for around 60 days “would be the signal the United States needs to resume direct dialogue with Pyongyang.”

He later stipulated that Pyongyang must make it clear to Washington if it is willing to engage in dialogue, emphasizing that diplomacy cannot be done “with smoke signals.”

He also reportedly traveled to Pyongyang last year to secure the release of American prisoner Otto Warmbier, who would later pass away just days after returning to the U.S.

Yun’s retirement represents another loss of a top-ranking U.S. diplomat on Korean affairs: there remains, over a year on, no U.S. Ambassador to South Korea.

Appointed by Barack Obama, one expert told NK News that Yun’s style had contrasted with that of the incoming Trump administration.

“It’s not clear he ever managed to gain any significant clout with the White House on North Korea policy,” Mintaro Oba, a former Korea Desk officer at the U.S. State Department, said.

“I think he had a clear preference for diplomatic solutions and that put him at odds with the dominant ideas of the administration’s policy.”

Yun should be replaced with another career diplomat, Oba continued.

“It’s totally possible they want someone more closely aligned with the administration’s North Korea hardliners,” he said. “That would be a very bad sign.”

Yun had worked in the position, which is held concurrently with the role of Deputy Assistant Secretary of State for Japan and Korea, since 2016.