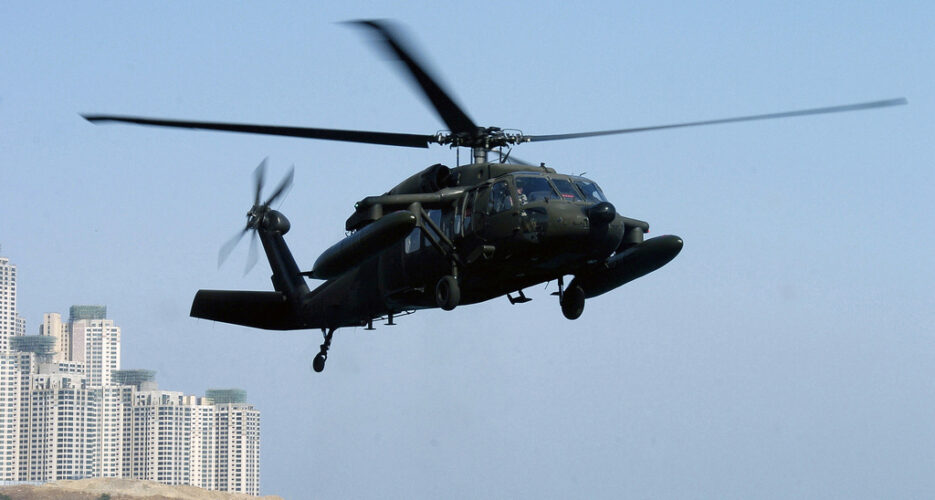 The U.S. and South Korea have agreed to postpone joint-military exercises set to overlap with the Winter Olympics in Pyeongchang in February and March, South Korea’s Presidential office said on Thursday.

According to the Blue House, Presidents Donald Trump and Moon Jae-in discussed the issue by phone, with the South Korean leader requesting the postponement and Trump accepting the proposal.

“It would be a big help to make PyeongChang Olympics a peace Olympics and guarantee its success if you express your intention to delay the ROK-U.S. joint military drills during the period of PyeongChang Winter Olympics,” the Blue House quoted Moon as having said during the call.

Moon expressed an apparent concern that North Korea would conduct a “provocation” if the drills were to continue.

According to a statement issued by South Korean Presidential press secretary Yoon Young-chan, Moon and Trump held talks over the phone for 30 minutes over “mutual interests regarding inter-Korean talks”.

“President Trump assessed the process inter-Korean dialogue and he said he hopes that good results will come out of it,” Yoon said, adding that the President said he was “100%” behind the Moon administration.

“Trump reaffirmed he would send a high-level delegation including his family during the Pyeongchang Olympics,” he added.

The U.S. Department of Defense later confirmed the agreement, according to the Associated Press.

The phone call was the first between the two Presidents this year.

The Olympics are scheduled to run from February 5 till February 25 – timing which would not typically crossover with the staging of the U.S.-ROK jointly operated Foal Eagle/Key Resolve military drills, which usually begin at the end of February or beginning of March.

However, the PyeongChang Paralympics are scheduled to be held from March 9-18, which would likely overlap with the planned military drills.

The announcement comes a day after the two Koreas re-established the inter-Korean communication line.

Wednesday saw Ri Son Gwon – chairman of North Korea’s Committee for the Peaceful Reunification of the Country (CPRC) – announce that DPRK leader Kim Jong Un had ordered the re-opening of the line.

Ri also said Kim had accepted a proposal by Seoul to conduct inter-Korean talks on sending a delegation to the upcoming Olympics.

Seoul has asked Pyongyang that the talks be held on January 9 – next Tuesday – but the North is yet to comment on the proposed date.

At 1530 KST on the same day, the two Koreas made contact via the hotline for the first time since February 2016, when the communication channel was suspended by the North after South Korea’s unilateral suspension of operations at the Kaesong Industrial Complex (KIC).

In his New Year’s speech on January 1, Kim Jong Un struck a more conciliatory tone towards the South and expressed a willingness to “urgently” hold an inter-Korean meeting regarding DPRK participation in the Winter Olympics.

The U.S. and South Korea have agreed to postpone joint-military exercises set to overlap with the Winter Olympics in Pyeongchang in February and March, South Korea's Presidential office said on Thursday.According to the Blue House, Presidents Donald Trump and Moon Jae-in discussed the issue by phone, with the South Korean leader requesting the postponement and Trump accepting the proposal.