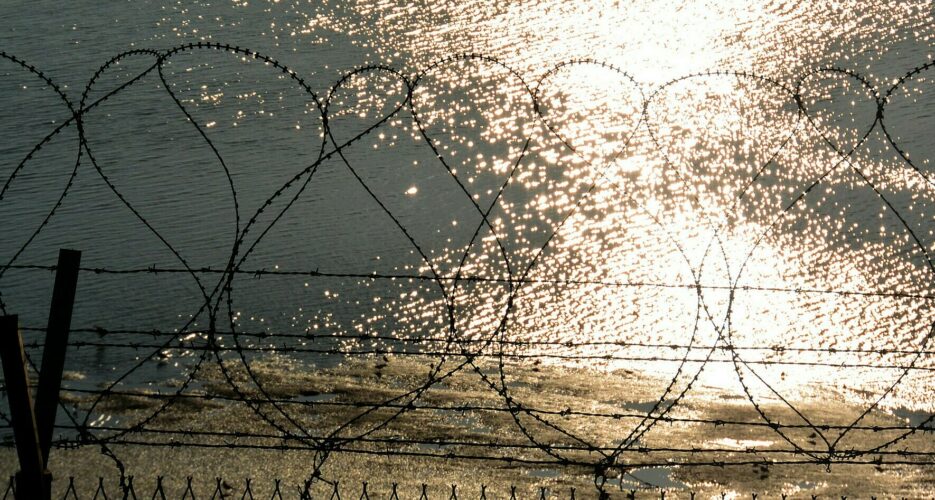 The announcement comes amid ongoing high-level government talks at the Peace House in the truce village of Panmunjom, which began at 1000 KST.


“The North Korean side explained to our side that the military communications line in the district of the West Sea was restored at today’s meeting,” South Korean Vice-Minister of Unification Chun Hae-sung told media.


Seoul confirmed to media that the North Korean delegation had raised the issue at the meeting held this morning.


The military hotline in the Yellow Sea has been severed since February 2016, when it was cut by the North in response to the Park Geun-hye administration’s decision to shutter the Kaesong Industrial Complex (KIC).

“Our side confirmed that the military communications line in the district of the West Sea is connected at around 14:00 after checking it…,” Chun said.

“As a result, we’ve decided to start operating the wired communications normally at 0800 on January 10.”

The western military hotline was also used to organize the entry of South Koreans into the Kaesong Industrial Complex.

The military communication channels in the eastern coast has been severed since the North’s now-defunct National Defense Commission (NDC) issued an order to block the hotline in May 2011, and have since been damaged in a forest fire.

The NDC announced the same day that Pyongyang would shut down its communication liaison office at Mount Kumgang.

A government official – who wished to remain anonymous – told pool reporters in Seoul that there are “technical issues” preventing the normalizing of channels on the east coast.


The announcement of the normalization of military hotline came less than a week after North Korean leader Kim Jong Un ordered the reopening the inter-Korean border hotline at Panmunjom.

It comes amid a series of meetings on Tuesday afternoon between North and South Korean officials.

One South Korean official told pool reporters at Panmunjom that the two Koreas exchanged views and worked towards resolving differences of opinion over an upcoming joint statement to press.

Maeng Kyong Il, deputy director of the United Front Department of the Central Committee of the Workers’ Party of Korea (WPK), reportedly participated in one meeting held this afternoon, despite not being listed as part of the DPRK delegation.

Five delegates from the two Koreas respectively met for high-level inter-Korean talks between 1000 to 1105 KST, with a meeting of both sides’ chief delegates held between 1130 and 1220 KST.

The first round of inter-Korean talks also saw Seoul propose imminent “Red Cross talks” to organize reunions of families separated by the Korean War on the occasion of Lunar New Year in February.

The North has also expressed its desire to send a delegation composed of high-ranking officials, athletes, performing art squads, a taekwondo demonstration team, and reporters to the PyeongChang Winter Olympic and Paralympic Games, Chun said.

The talks also saw the South Korean delegation reiterate its position that “it is necessary to resume dialogue to discuss various issues including denuclearization on the Korean peninsula to settle peace within the earliest possible time.”

The North Korean delegation reportedly “listened carefully” to the comments, but did not respond.

North Korea has restored inter-Korean military communication channels on the western coast of the peninsula, the South Korean vice unification minister announced on Tuesday.The announcement comes amid ongoing high-level government talks at the Peace House in the truce village of Panmunjom, which began at 1000 KST.“The North Korean side explained to our side that the military