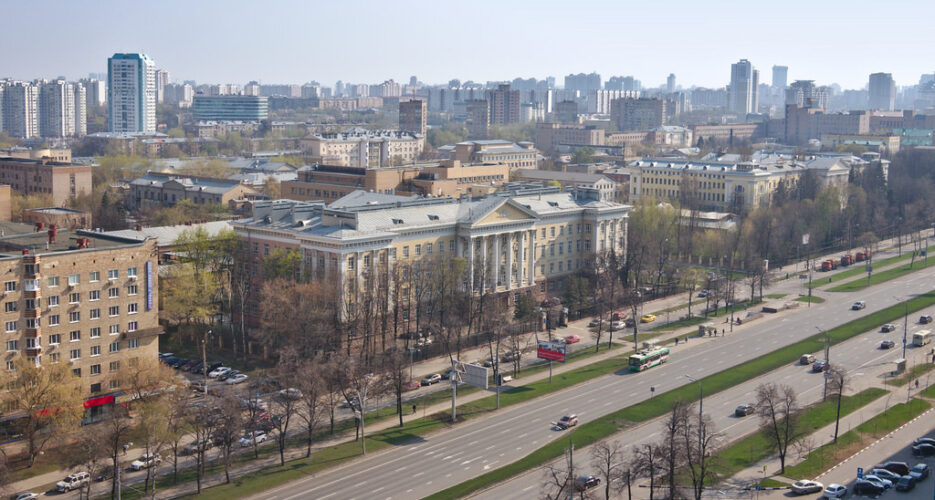 She is reportedly slated to hold talks with Oleg Burmistrov, the Russian Ministry of Foreign Affairs’ Ambassador-at-Large, who she previously met with in Pyongyang in July and who previously served as part of Moscow’s delegation to the Six-Party Talks.

Japanese public broadcaster NHK reported earlier on Monday that Choe was spotted after landing at Vladivostok Airport earlier in the day, but she did not comment on the purpose or itinerary of her trip.

Choe met with Russian ambassador to North Korea Alexander Matsegora last Monday, during which the two held discussions on current tensions on the Korean peninsula.

Choe is a seasoned diplomat with extensive experience negotiating on nuclear issues, having served as an interpreter for North Korean delegations to nuclear negotiations since the 1990s and through the Six-Party Talks in 2003-9.

Now serving as director of the U.S. division of the foreign ministry, Choe was involved in track 1.5 meetings in Norway earlier this year.

Following the talks in May, in which she met with former U.S. officials, Choe said that North Korea would be open to dialogue with the U.S. “if the conditions are there.”

Reports earlier in the month in the Washington Post suggested that Russia is simultaneously working to involve itself in back-channel diplomacy with the North, inviting the State Department’s special representative for North Korea policy, Ambassador Joe Yun, to come to Russia for discussions about resuming dialogue.

Russia’s foreign minister Sergei Lavrov over the weekend said that, despite escalating rhetoric between North Korea and the U.S., he did not believe military intervention was on the cards.

“Americans won’t strike [North] Korea, because not only do they suspect, but know for sure that Pyongyang has nuclear weapons,” Lavrov told the local NTV network.

U.S. President Donald Trump last week took to the United Nations General Assembly to condemn North Korea and to say that his country would “have no choice but to totally destroy North Korea” if he believed the DPRK posed a significant threat.

North Korean leader Kim Jong Un responded to the speech on Thursday, saying the U.S. would “pay dearly” for the comments, describing Trump as “mentally deranged,” and promising “highest-level” countermeasures.

DPRK foreign minister Ri Yong Ho on Saturday reiterated Kim’s comments, saying Trump was a “mentally deranged person full of megalomania” and that his own citizens call him “Commander in Grief, “Lyin King” and “President Evil.”

On Saturday Ri also met with UN Secretary-General Antonio Guterres, during which he said North Korea would take the “toughest countermeasures as regards the hysteric behavior of the U.S. chief executive.”

The foreign minister told press on Thursday that these countermeasures might involve the test of a hydrogen bomb in the Pacific Ocean.

She is reportedly slated to hold talks with Oleg Burmistrov, the Russian Ministry of Foreign Affairs' Ambassador-at-Large, who she previously met with in Pyongyang in July and who previously served as part of Moscow's delegation to the Six-Party Talks.