Religious freedom in N. Korea remains “of concern” to U.S.: State Department
DPRK has been designated a "Country of Particular Concern" since 2001
Damin Jung August 16, 2017 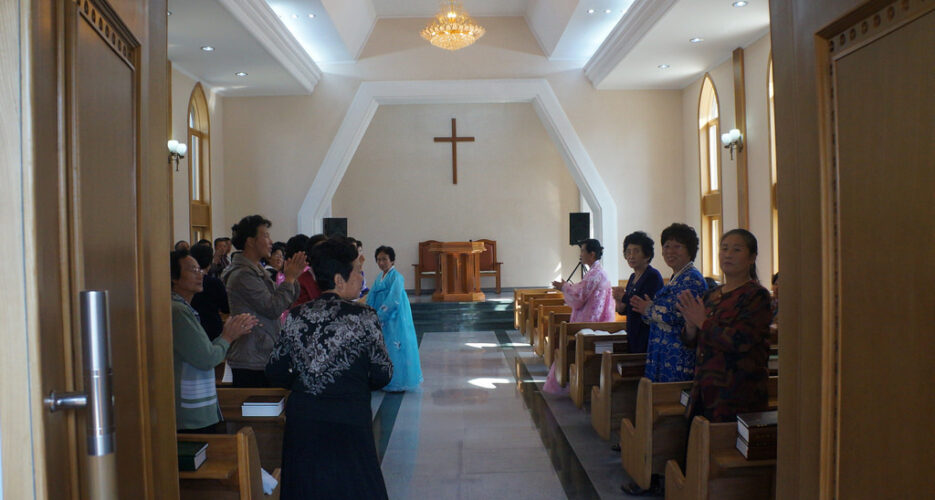 North Korea will be designated as a “Country of Particular Concern” (CPC) under the International Religious Freedom Act for the 17th consecutive year, according to the U.S. Department of State on Tuesday.

The release of the “2016 International Religious Freedom Annual Report” details the status of religious freedom in 199 countries and territories.

North Korea is listed along with Egypt, Iran, Saudi Arabia, Turkey, Bahrain, and Sudan, among others.

China is also included on the list, and the report cites the death in April of Christian Pastor Han Choong Yeol who, activists have said, was murdered by DPRK agents in China.

Article 68 of the DPRK Constitution, nominally, provides citizens with freedom of religion.

“Despite the constitutional guarantee, the 2014 report of the UN Commission of Inquiry (COI) on the Human Rights Situation of the DPRK concluded there was an almost complete denial by the government of the right to freedom of thought, conscience, and religion,” the report reads.

“According to nongovernmental organizations (NGOs) and academics, the government’s policy towards religion has been to maintain an appearance of tolerance for international audiences, while suppressing internally all non-state-sanctioned religious activities.”

The International Religious Freedom Act requires the President and the Secretary of State to designate North Korea as a CPC within 90 days of the report’s release.

“The level of religious freedom in the DPRK has remained consistent since the late 1940s: it has always been zero,” Pastor Eric Foley from Voice of Martyrs, an international missionary group, told NK News.

North Korea has made attempts to appear more Christian-friendly in recent years, sending local priests to international Christian seminars abroad and publishing its own official translation of King James Bible.

Park Chan-mo, Chancellor of the Christian-oriented Pyongyang University of Science and Technology, told NK News in an interview in May that he occasionally ventures out to the local Protestant church and that the sermon by the pastor is “normally good,” although added that it often focuses on pro-government politics.

He and his colleagues’ worship, he added, is usually confined to 6 am prayers in a small PUST office.

North Korea will be designated as a "Country of Particular Concern" (CPC) under the International Religious Freedom Act for the 17th consecutive year, according to the U.S. Department of State on Tuesday.