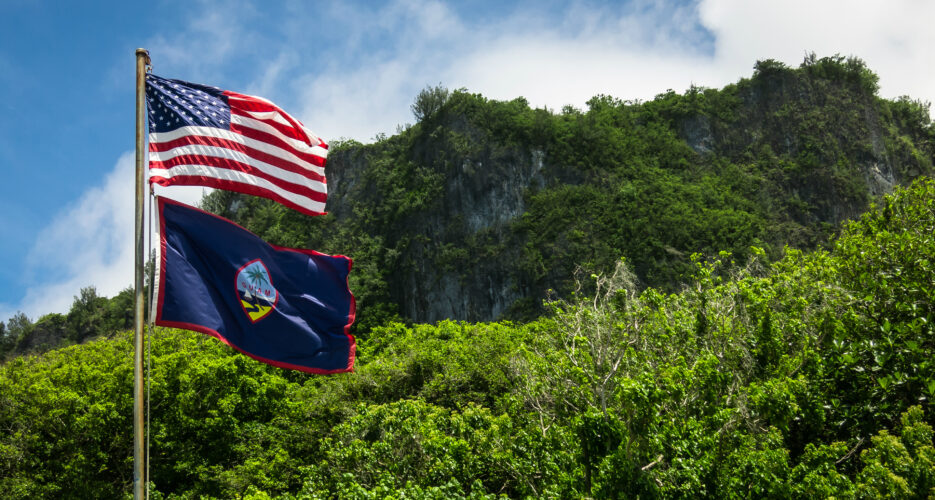 North Korea’s Strategic Force of the Korean People’s Army (KPA) on Wednesday repeated threats that the DPRK military was in the final stages of developing a plan to strike the island of Guam.

“The KPA Strategic Force will finally complete the plan until mid-August and report it to the commander-in-chief of the DPRK nuclear force and wait for his order,” General Kim Rak Gyom, commander of the Strategic Force of KPA, said in a statement.

A previous statement issued on Wednesday morning by the Strategic Force of the KPA issued the same warning, but today’s release detailed the number of ballistic missiles that would be used if the plan were enacted.

The most recent statement was issued in a direct response to U.S. President Donald Trump’s warning to Pyongyang on Tuesday that further North Korean threats would be met with “fire and fury.”

General Kim said that Trump had “again let out a load of nonsense about ‘fire and fury’” and that the President had failed “to grasp the on-going grave situation.”

“This is extremely getting on the nerves of the infuriated Hwasong artillerymen of the KPA,” the statement read. “It seems that he has not yet understood the statement.”

The statement said that “sound dialogue is not possible” between Washington and Pyongyang, as Trump is “a guy bereft of reason.”

The service personnel of the KPA Strategic Force had, therefore, made a “judgment” that “only absolute force can work” on Trump.

“We keep closely watching the speech and behavior of the U.S.”

Kim reiterated that the aim of the military operation was to “interdict the enemy forces on major military bases on Guam and to signal a crucial warning to the U.S.”

The plan is said to be “an effective remedy for restraining the frantic moves of the U.S. and in the southern part of the Korean peninsula and its vicinity.”

The commander of the KPA Strategic Forces also provided details on the flight path, distance and time of the KPA’s planned missile strikes.

“The Hwasong-12 rockets to be launched by the KPA will cross the sky above Shimane, Hiroshima and Koichi Prefectures of Japan,” commander said. “They will fly 3 356.7 km for 1 065 seconds and hit the waters 30 to 40 km away from Guam.”

The North Korean also unveiled another plan to “give stronger confidence in certain victory and courage” to their people.

“The Strategic Force is also considering the plan for opening to public the historic enveloping fire at Guam, a practical action targeting the U.S. bases of aggression,” the statement said.

The past few days have seen a significant increase in tensions on the Korean peninsula.

Following President Trump’s remarks, a statement by North Korea’s General Staff of the KPA threatened to turn Seoul into a “sea of fire.”

Preemptive strikes, the statement added, were “no longer the monopoly of the U.S.”

On Wednesday U.S. Secretary of State Rex Tillerson sought to calm some of the speculation from Trump’s Tuesday comments, saying that Americans should have “no concerns” about the President’s rhetoric.

“The President… I think he felt it necessary to issue a very strong statement directly to North Korea,” Tillerson told CNN on Wednesday.

The Secretary of State said Trump’s statement was intended to send a message to Kim Jong Un in a way the North Korean leader “would understand.”

But U.S. Secretary of James Mattis on Wednesday issued a more strongly worded statement against North Korea, warning Pyongyang that its military was “grossly overmatched by ours.”

“It must be noted that the combined allied militaries now possess the most precise, rehearsed and robust defensive and offensive capabilities on Earth,” Mattis said.

North Korea’s Strategic Force of the Korean People's Army (KPA) on Wednesday repeated threats that the DPRK military was in the final stages of developing a plan to strike the island of Guam.