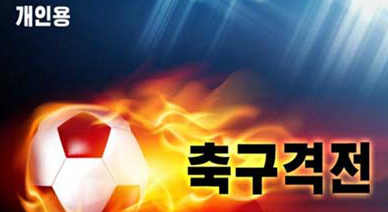 The game appears to be similar to the U.S.-produced FIFA and the Japanese-made “Pro Evolution Soccer” series, but no details have been given about what platforms can be used to play.

The game is called “Soccer Fierce Battle (축구격전)” and is comprised of “exhibition games, the Union of European Football Associations (UEFA) Champions League, European football league, training, soccer highlights, other settings and so on.”

The “European football league” may refer to the official UEFA Europa League.

Arirang-Meari said “Soccer Fierce Battle,” which was manufactured by the Soojongchon technology exchange company, is a “virtual reality (VR)” game which allows players to be immersed in a “3D environment.”

“[The game] reflects the development trends in skills and specialty of modern soccer,” the outlet reported.

“The physical abilities and technical-tactical behaviors of soccer players appeared [in the game] are applied by using actual players’ one.”

The game has been reportedly enjoying “great popularity” among professional soccer organizations, fans, and teenagers who say it is enjoyable and is “educational.”

“In addition, it is possible to simulate tactical methods applied to soccer games and a variety of various soccer techniques like reality,” Arirang-Meari said.

North Korean companies have launched a range of new games in 2017.

Arirang-Meari reported on January 6 this year that the Intelligent Information Institute under the State Academy of Sciences had produced a “Martial Arts Competition” game, based on the “Boy General” animated series.

The game can be played on a computer, Google Android, and Microsoft Kinect, but its content depends on the type of device used.

“The entertaining game ‘Martial Arts Competition’ for PC and Android is a match game that [players] strike down an opponent by using a variety of actions such as hand strike, kick and special techniques,” Arirang-Meari reported.

The Intelligent Information Institute has also recently developed two other games called “Cheerful Cook” and “Matching Word,” according to a report by Arirang-Meari on January 20.

The Rodong Sinmun reported on July 2 that the 3D educational and entertainment game “Chosun’s Taekwondo 1.0” had been developed with cooperation between experts in the field of computing, Taekwondo, and history, allowing users to learn national history and culture alongside the traditional Korean martial art.

“As a Taekwondo player, the users can escort servants during the era of Dangun or carrying out their duties together,” DPRK Today reported on July 11.

The players can watch Taekwondo “from all angles” in an imagery training area in the game and can learn the “detailed” technical requirements of the sport by watching a slow motion video.

There is also the virtual separate venue for practical exercises within the training center where users can simulate a Taekwondo match.

The players “meet one or more figures of the Chosun history and carry out tasks as well as learn two Taekwondo moves (one defense and attack action),” according to DPRK Today.

The users can be promoted from grade 10 to grade 6, and the media said they develop an “accurate knowledge” of Taekwondo and its ranking system while playing.

The game appears to be similar to the U.S.-produced FIFA and the Japanese-made "Pro Evolution Soccer" series, but no details have been given about what platforms can be used to play.