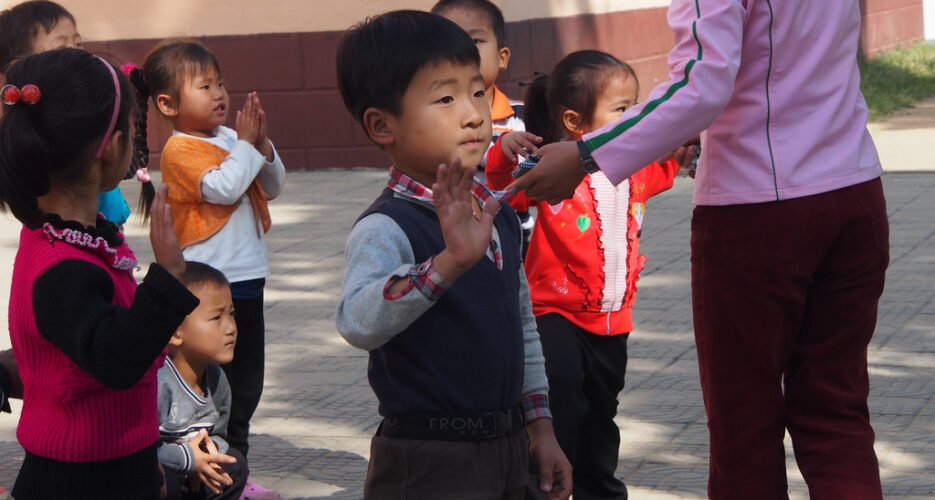 According to the “2017 DPR Korea Situation Report” released late last week, an estimated 18 million North Koreans – approximately 70 percent of the population – are food insecure and 200,000 children are affected by acute malnutrition.

UNICEF reported, however, that its programs for the treatment of acute malnutrition had managed to achieve high geographical coverage, with treatment services available in roughly 90 percent of the country.

The humanitarian organization also called on donors to provide more funding, saying “funding provided by donors has not been sufficient to address needs.”

Only 25 percent of Humanitarian Action for Children (HAC) requirements are currently funded, according to the report, resulting in difficulties in providing lifesaving services for children across the sectors of nutrition, health, and water, sanitation and hygiene (WASH).

Earlier this year on February 6, UNICEF issued a call for USD$16.5 million in funding to help children in North Korea, saying the funds would help victims of last year’s floods in the country’s north-eastern provinces.

According to the mid-year report released on Monday, 76 percent of all sectors are underfunded, with the 71 percent shortfall in WASH funding reportedly threatening to aggravate cases of diarrhea and further deteriorate “an already alarming rate” of malnutrition.

UNICEF’s DPRK Immunization Program, despite a lack of funding, has reportedly shown a relatively high rate of reach, providing over 98 percent of targeted children and pregnant women with vaccines between January and June.

“An estimated 55,000 people in four counties (Hoeryong, Kyongwon, Musan and Yonsa) are expected to have access to sustainable piped water system,” it added.

Flooding and drought continue to be a major problem in North Korea.

North Korea was hit by what state media referred to as an “abysmal” drought in June, a situation which the UN Food and Agriculture Organization (FAO) later called the worst the country had faced since 2001.

The FAO said in a report that month that the lack of precipitation would “have a serious impact” on major cereal producing areas, and the government was forced to reduce food rations to 300g a day to deal with the shortages.

North Korean media later reported last month that North Koreans were being called on to prevent crop damage caused by potential floods while also working to mitigate the effects of the drought.

The International Federation of Red Cross and Red Crescent Societies (IFRC) announced last month that they were set to conduct disaster response training for North Koreans living in potentially flood-affected areas in preparation for flooding during the rainy season.