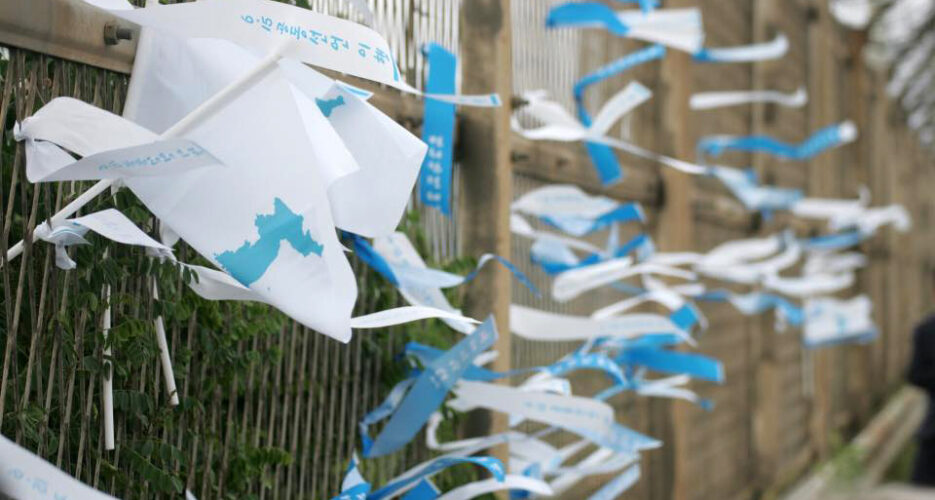 South Korea is hoping set up a number of international cooperation projects with neighboring countries in East Asia, including North Korea, members of the advisory council on state affairs said today in a major policy report.

At a special briefing session at the Blue House, the council announced what it called a “new economic map of Korean Peninsula,” consisting of three different economic belts around the Korean Peninsula, the seas to the east and west of Korea, and the DMZ.

The “Trans-East sea economic belt” is an energy and resource belt that will run along the coast of the Sea of Japan (known in Korea as the East Sea) to Russia and involve the joint development of the Mt. Kumgang, Wonsan, Tanchon, Cheongjin, and Rason areas.

The “Trans-West sea economic belt”, concurrently, will be an industry and transportation belt connecting the capitals of the two Koreas, the Kaesong Industrial Complex (KIC), and Pyongyang to Nampo and Sinuiju.

In addition, the “Trans-border peace belt” is an environmental and tourism belt that will run through the middle of the DMZ and connect Mt. Seorak, Mt. Kumgang, Wonsan, and Mt. Paektu.

The advisory council also plans to designate a “Unified Special Economic Zone”, in consultation with the North, run by a joint management committee. The council has decided to create a “Special Zone of Peace and Cooperation in the West Sea,” which was first proposed in the 2007 October 4 Declaration.

North Korea has not yet been approached about the plan.

The announcement was part of what the Blue House today called its “100 Major Policy Tasks”, which include 16 major objectives in diplomacy and the defense sector focusing on North Korea, as well as other domestic and economic goals.

Lee Soo-hoon, a member of the foreign affairs subcommittee of the advisory council, said during his presentation of the report that “all means of dialogue and sanctions” would be pursued to resolve the issue of North Korea’s nuclear and missile program.

The council also said they will continue to press for Pyongyang to participate in the Olympic Winter Games at Pyeongchang, and that the government is going to work to promote the “autonomy of local governments in promoting inter-Korean exchanges.”

The announcement comes a few days after Seoul sent a proposal to Pyongyang calling for talks on military tensions and reunions of families separated by the Korean War.

Talks, Seoul hopes, will take place on July 21 and August 1 respectively, but on Wednesday a Ministry of Defense (MND) spokesperson told media that the North is yet to respond to the proposal.

The move is, reportedly, part of “follow-up” measures to those proposed by South Korean President Moon Jae-in in his “Berlin Doctrine” speech earlier in the month, in which he called for Pyongyang to halt “acts of hostility around the Military Demarcation Line (MDL)” between the two Koreas.

Numerous overtures from Seoul towards Pyongyang since Moon’s inauguration has largely been met with hostility, with, most recently, North Korean ruling party newspaper the Rodong Sinmun publishing an extended editorial  dismissing recent overtures by Seoul as “sophistry.”

“The overall content, enumerated under the name of peace, carries confrontational intentions to quash its neighbor while relying on foreign forces,” Rodong said in an article over the weekend, calling for a “fundamental shift in policy and stance” by the South Korean government.

South Korea is hoping set up a number of international cooperation projects with neighboring countries in East Asia, including North Korea, members of the advisory council on state affairs said today in a major policy report.At a special briefing session at the Blue House, the council announced what it called a "new economic map of Korean Peninsula," consisting of three different economic