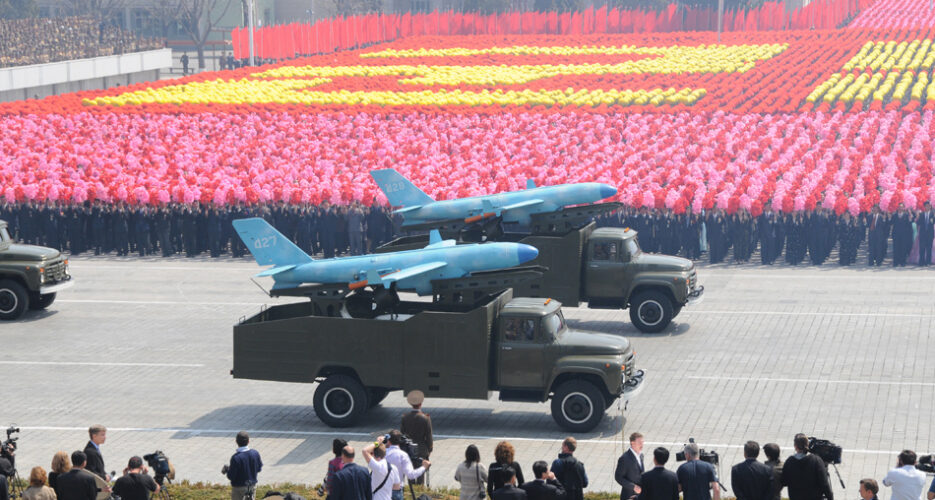 The South confirmed that the drone, which was discovered by local residents on June 9, took photos of the Seongju County area in North Gyeongsang Province, where the U.S.-made THAAD system is deployed.

On June 9, the South’s Joint Chiefs of Staff (JCS) announced that a joint investigation team was called to the scene after receiving a report that a small sized flight vehicle was found on a hill in Inje County, Gangwon Province at around 11 am.

The JCS added later in the day that the “size and the shape of the flying were similar” to a North Korean drone which was found on Baengnyeong Island in the Yellow Sea – located just south of the Northern Limit Line (NLL) – on March 31 2014.

But the South Korean military authorities retracted this announcement on Tuesday, saying that the most recently discovered UAV is equipped with two engines, whereas a previous model had only one.

The drone was equipped with a Japanese Sony DSLT camera with 64 GM usable memory, South Korean authorities said, and had taken photographs of the two rocket launchers and the radar of the THAAD battery, which has been partially deployed since April 26.

The South Korean military said it had assessed that the drone took the photos at an altitude of around two to three km, but added that the photos of the two launchers and radar appeared blurred when enlarged.

“There are around 10 photos of the Seongju area where the THAAD battery is deployed among several hundreds of the photos taken by the drone,” an unnamed South Korean military officer told media.

“Most of the hundreds of the photos are of the forests and residential areas.”

The drone began taking photographs several kilometers north of Seongju County and moved south, where the THAAD is deployed, the military said, before flying north again.

The distance between the former golf course in Seongju County – around 210 km (130 miles) southeast of Seoul – and Inje County near the inter-Korean border is around 270 km (177 miles).

The military said it had reached a tentative conclusion that the drone had crashed due to a lack of fuel while flying north towards the military demarcation line (MDL).

South Korean authorities have discovered grounded North Korean drones before. In 2014, UAVs said to be from the DPRK crashed in Paju and on the island of Baengnyeong.

The UAV in Paju was found to have been photographing military installations and the Blue House, South Korea’s official Presidential residence.

“We are conducting a precise analysis on the connection with North Korean and the level of the technology while weighing the possibility that the unmanned aerial vehicle found this is a provocation by the North,” an unnamed military officer told media.

A North Korean drone was reported to have crossed the MDL in Munsan, Gyeonggi Province in January last year, but turned back after the South Korean military fired warning shots.

The South confirmed that the drone, which was discovered by local residents on June 9, took photos of the Seongju County area in North Gyeongsang Province, where the U.S.-made THAAD system is deployed.