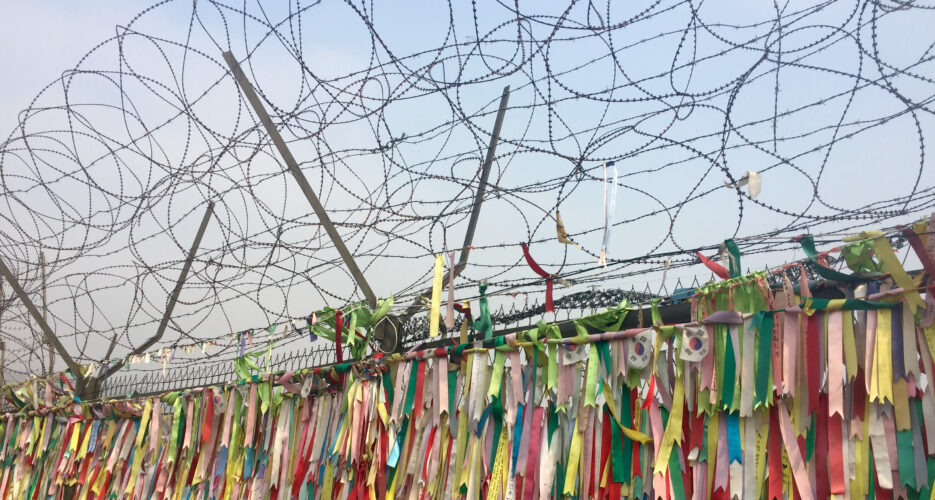 Reunions of families in the North and South separated by the Korean War – as well as further humanitarian cooperation – will not take place until the South returns 13 “abducted” defectors to the North, state-run outlet DPRK Today reported on Monday.

“Until this problem is solved, any humanitarian cooperation projects, including family reunions… can never be realized,” the article says.

“If the South Korean government is sincerely interested in the issue of ‘human rights’, ‘humanitarianism’ and ‘separated families,’ … the issue of repatriating our women should be resolved as soon as possible.”

The article echoes claims made by a senior North Korean official last week in an interview with AFP, in which Kim Yong Chol of the DPRK’s Committee for the Peaceful Unification of Korea said that Pyongyang will not permit reunions for families separated by the Korean War until the women are returned to the North.

“They should be returned immediately,” Kim said.

In response to the interview, South Korea’s Ministry of Unification (MOU) told local media outlets last week that the issues of separated families and defectors were unrelated.

The restaurant workers, consisting of 12 female employees and one male manager, arrived in Seoul on April 7 last year via Malaysia and Thailand, having allegedly fled a North Korean government-run restaurant in the Chinese city of Ningbo.

Pyongyang has repeatedly insisted that the group was “abducted” and that their male manager colluded with South Korea in the plot. Most recently, the state-run Uriminzokkiri reported that the father of Ri Ji Ye, one of the defectors, had passed away, saying that his health problems had been “exacerbated” by his daughter’s case.

Kim Ryon Hui claims she “accidentally” defected to the South in 2011 and that she wants to return to her family.

The MOU last week reiterated that the restaurant defectors decided to stay in the South “of their own free will,” and that Kim came to Seoul “by herself and acquired Korean nationality but changed her mind afterward.”

The latest reunion of the divided families was held in October 2015.

The DPRK Today article implored the Moon Jae-in government to not pursue confrontational policies and “the kidnapping and forced detention of the DPRK citizens which the Park Geun-hye group left as its ‘legacy.’”

The North said that it is “illogical” that Seoul is seeking an improvement in inter-Korean relations without acknowledging the “crime of the allurement and abduction.”

While the inauguration in May of the left-leaning Moon Jae-in as South Korea’s President brought expectations of a “Sunshine 2.0” policy from Seoul, inter-Korean relations have remained tense.

North Korea last week refused to allow the malaria-prevention NGO the Korean Sharing Movement (KSM) to visit the DPRK, and on Friday the June 15 Committee NGO said it would no longer seek to hold an event in Pyongyang this week.

Pyongyang has also continued to conduct provocative missile tests, with last Thursday’s being the fourth since Moon took office and the 10th this year.

Seoul has maintained throughout the tests that it is open to the resumption of inter-Korean exchanges, while condemning the tests and reaffirming its commitment to the alliance with the U.S. and the deployment of the Terminal High-Altitude Area Defense (THAAD) missile defense system.

Rodong Sinmun, an organ of North Korea’s ruling party, on Monday criticized the Moon administration’s dual-track approach to the North.

“The South Korean authorities – which are fearful of the U.S. tyranny – are actively taking part in the anti-DPRK sanction racket as clamoring about the contradiction which seeks sanctions and dialogue at the same time,” the Rodong Sinmun said.

The newspaper also criticized a planned summit between the U.S. and the South in late June as “another brainwashing process.”

“The behavior of the South Korean government – which feels like a reed in front of the wind – is beyond deplorable.”

North Korean state media said last week that Seoul should withdraw all “confrontational” measures against the DPRK, arguing that humanitarian assistance and civilian exchanges would not be enough to improve inter-Korean relations.

Reunions of families in the North and South separated by the Korean War - as well as further humanitarian cooperation - will not take place until the South returns 13 "abducted" defectors to the North, state-run outlet DPRK Today reported on Monday.