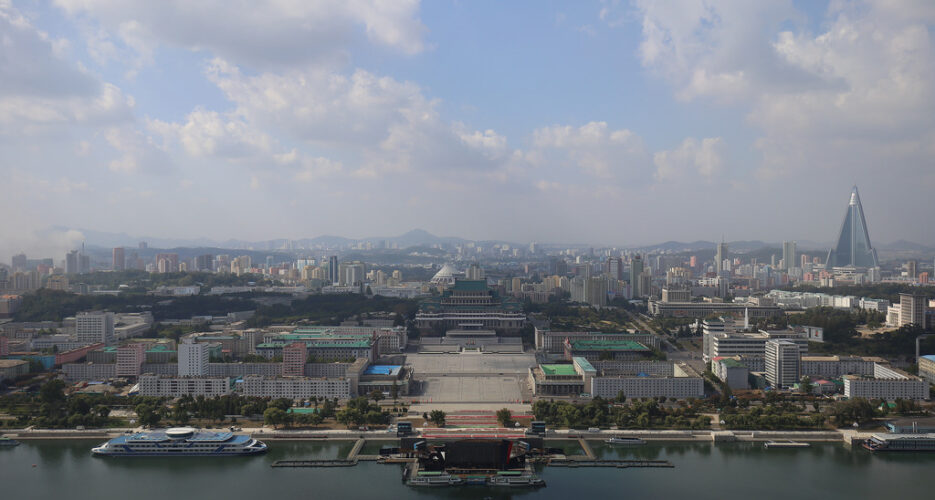 Wilson and Adam Schiff put forward the North Korea Travel Control Act, which would require the U.S. Department of Treasury to issue licenses on transactions regarding travel to and within the DPRK, while also banning tourist travel by American citizens to North Korea.

“Tourist travel to North Korea does nothing but provide funds to a tyrannical regime—that will in turn be used to develop weapons to threaten the United States and our allies, as I saw firsthand on a rare visit to Pyongyang,” Wilson said in the press release.

The news follows the DPRK’s detention of two U.S. citizens in April and May, bringing the total of Americans being held in North Korea to four.

The most recent detentions were not tourists, with North Korea arresting two faculty members of the Pyongyang University of Science and Technology (PUST) for as yet unclear “hostile acts”.

The two previous detainees, 22 two-year-old Otto Warmbier and 62-year-old Kim Dong-chul, were both tried and are serving sentences of hard labor of 15 and 10 years respectively.

The North Korean government has in the past used detained citizens to leverage high-level visits and negotiations, with the most recent bill attempting to tackle both this type of hostage diplomacy as well as the funds generated by U.S. tourists visiting the DPRK.

“The State Department travel warning is not working and the U.S. Congress should act to protect American citizens from North Korea’s arbitrary justice system,” Anthony Ruggiero, Senior Fellow Foundation for Defense of Democracies, told NK News. “This action is a logical next step in the process and would allow the Trump administration to authorize categories or travel or individual trips.”

The White House has said it is concerned about the recent detentions and is working with the Swedish Embassy in Pyongyang to secure their release.

Assessing revenue earned by North Korea through tourism is difficult. Yoon In-ju, a researcher from the Korean Maritime Institute (KMI) estimated that in 2014 North Korea took in between $30.6 million and $43.6 million through tourism. These figures assessed that there were 100,000 tourists in North Korea during the year – 95,000 Chinese and 5,000 Western.

Several tour companies contacted by NK News last year estimated that the average annual numbers fell between 5,000 and 8,000 and almost unanimously put the total American proportion of Western tourists per year at between 20 and 25 percent.

In recent years, North Korea has attempted to attract additional tourists to the DPRK – with mixed results. While some tour packages like the Pyongyang Marathon are popular, visits to expensive construction projects like the Masik Ryong ski resort have fallen flat.

An NK Pro report from last year indicated the numbers of Chinese tourists to the DPRK, which account for over 80 percent of total visitors, were also falling.

Wilson and Adam Schiff put forward the North Korea Travel Control Act, which would require the U.S. Department of Treasury to issue licenses on transactions regarding travel to and within the DPRK, while also banning tourist travel by American citizens to North Korea.