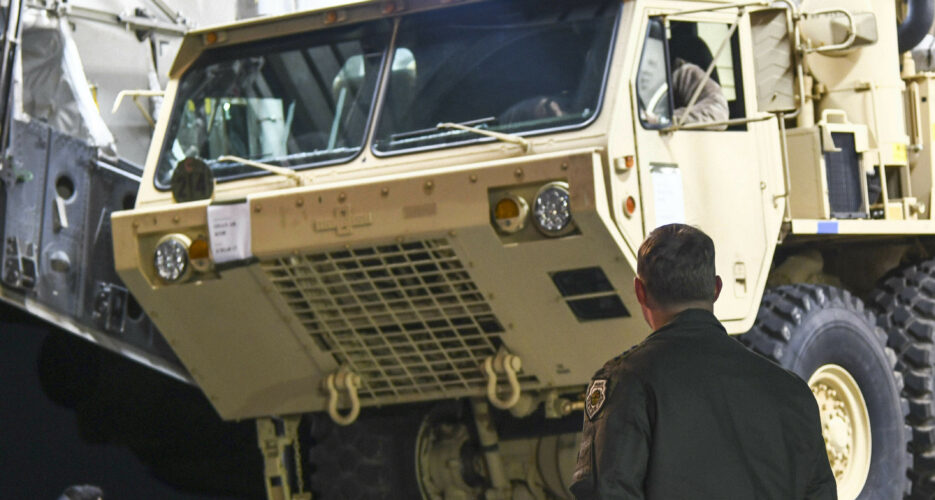 However, the system will most likely need a few additional touches to be integrated with the intelligence satellite, a missile expert told NK News.

“(THAAD is) operational and has the ability to intercept North Korean missiles and defend the Republic,” a U.S. defense official told AFP, while adding that the system had only “reached initial intercept capability.”

A few hours after AFP reported the U.S.’s comments, Seoul announced that the THAAD system was online.

“Yes, I can confirm that using the currently deployed system, it has reached the initial phase to counter the North Korean nuclear and missile threats,” Moon Sang-gyun, a Ministry of National Defense (MND) spokesperson, said during a Tuesday regular briefing.

But Moon would not officially acknowledge Pyongyang’s possession of nuclear arms – a stance both Seoul and Washington have maintained since the early years of North Korea’s nuclear program.

“We do not acknowledge it, but military preparation is always done to counter the worst situation possible,” Moon said.

For the system to be fully completed, however, a Seoul-based missile expert said it would likely need to connect itself to the ROK-U.S. intelligence system.

“The system needs to be integrated with the data links, which refer to the military satellites, and the current C4I (command, control, communications, computers, and intelligence),” Jung Chang-wook, a military analyst and a former ROK Air Force officer, told NK News.

While THAAD covers large swathes of South Korea, it does not protect Seoul from missile attack – a task that has, so far, been left to domestically-supplied missile defense systems.

“Should the need arises, the THAAD battery could be deployed more north to include Seoul under its umbrella,” said Jung.

About a week ago, around 30 or more key parts of the THAAD battery entered the deployment zone in Seongju amid heavy local resistance.

The deployment of the controversial system gained even more attention later in the week, when U.S. President Trump said that “it would be appropriate” if South Korea paid for the system – appearing to reverse the long-held agreement that the U.S. would cover the cost.

South Korea has insisted that the U.S. will pay, with the Blue House saying it has received assurances from the Trump administration that the President’s comments were misunderstood.

“National security adviser H.R. McMaster explained that the recent statements by President Trump were made in a general context, in line with the U.S. public expectations on defense cost burden-sharing with allies,” the Blue House said in a statement over the weekend.

The U.S.-made THAAD (Terminal High Altitude Area Defense) system is now operational and capable of intercepting North Korean missiles, Washington and Seoul announced on Tuesday.However, the system will most likely need a few additional touches to be integrated with the intelligence satellite, a missile expert told NK News.“(THAAD is) operational and has the ability to intercept North