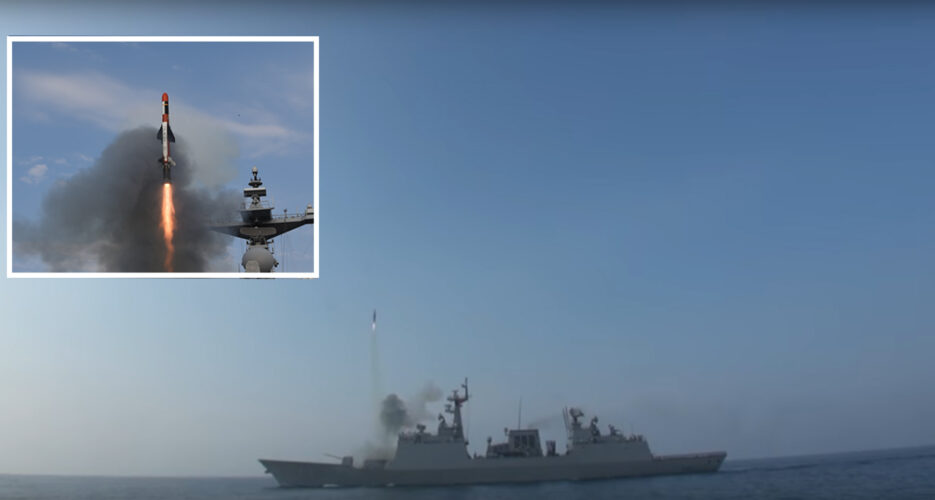 The ship-to-ground missile is now considered suitable for combat, six years after the South Korean Agency for Defense Development (ADD) began R&D in 2011. The development of the land-attack missile was completed in March, DAPA said in a written statement.

DAPA is due to produce the tactical ship-to-surface guided missile in 2018 and to deploy the missiles to the navy’s next-generation frigates starting in 2019.

The tactical ship-to-surface guided missile is able to “wipe out an area about the size of two football fields” as hundreds of shots mounted on the missile warhead scatter and explode. The shots are also able to “penetrate armored vehicles,” DAPA added.

The missile can strike “targets located in the vicinity of the enemy’s coast and major tactical ground targets,” but DAPA didn’t specify the maximum range of the missiles.

The ROK Navy’s battleships have operated anti-ship and anti-aircraft guided missiles for a while now, but the deployment of the tactical ship-to-surface guided missile will enable the ROK Navy to enhance its ability to hit targets on land.

“[The ROK Navy] is now able to strike an enemy’s main [military] bases and key facilities, including a ballistic launch system on the ground, from the sea,” Lee Sang-moon, head of the DAPA’s Guided Weapon Development Department under the Program Management Agency, said in a written statement.

Using the Kill Chain system, the South can allegedly launch a preemptive strike against Pyongyang’s nuclear and missile facilities within 30 minutes if it faced an imminent threat.

The South Korean military is also diversifying launching modes: the ship-to-ground missiles can be launched from either inclined or vertical launch units.

According to DAPA, the new tactical ship-to-surface guided missile have “overcome the disadvantages”: in the past it had taken a long time to generate a flight path.

“The technology can be applied to fields which require planning the path in real-time,” DAPA said.

The missile uses inertial navigation system (INS) and anti-jamming technology which could help secure satellite communications, according to the video released by DAPA.

The ship-to-ground missile is now considered suitable for combat, six years after the South Korean Agency for Defense Development (ADD) began R&D in 2011. The development of the land-attack missile was completed in March, DAPA said in a written statement.