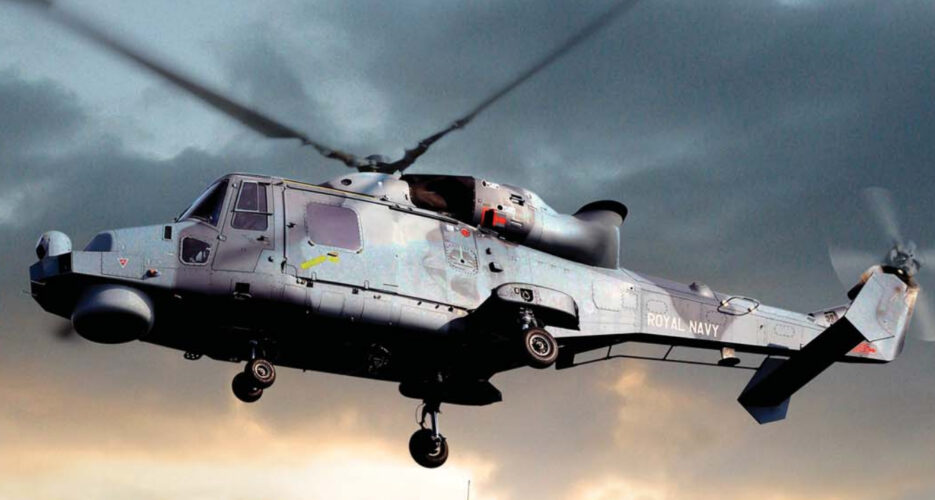 The South Korean Navy received a total 8 Wildcat choppers (AW-159) in June and December 2016 from the British-Italian company AgustaWestland, now part of Leonardo.

The other half of the helicopters due to be deployed in July, once pilot training is complete.

“New AW-159 helicopters for maritime operations are mounted on battleships including convoy (FFG) and carry out anti-submarine warfare, anti-surface warfare (ASuW) and maritime reconnaissance missions,” the ROK Navy said in a written statement.

The Navy said Wildcat helicopters have “greatly improved the capabilities to detect submarines,” but a military expert was skeptical of the extent to which they’d be able to detect North Korean SLBM launches.

“[Wildcat helicopters] are related to North Korean submarines,” Kim Min-seok, a senior researcher at the Korea Defense and Security Forum (KODEF), told NK News, adding that their range was limited.

Kim argued it would be difficult for Wildcat helicopters to deter SLBM attack, as maritime choppers mounted on the ROK’s battleships can’t always stake out the North’s submarines. Maritime helicopters can carry out a military operation for one or two hours, but only if the South’s battleships detect movement by North Korean vessels.

Kim argued that South Korea’s battleships would have to operate near to, or infiltrate, North Korea’s territorial waters if the AW159 Wildcat helicopters were to prevent a submarine from launching the missiles.

The deployment of the Wildcat choppers has been controversial, and the decision has been linked to corruption in the South Korean defense industry.

Choi Yoon-hee, who served as Chairman of South Korea’s Joint Chiefs of Staff (JCS) Chairman from 2013 to 2015, was given a one-year jail sentence in November last year. Choi was accused of receiving 20 million won (US$17,000) from an arms broker in exchange for overseeing the import of the AW159 Wildcat, which the Navy decided to adopt in 2013.

Kim Yang, former Minister of Patriots and Veterans Affairs from 2008 to 2011 and grandson of admired nationalist politician Kim Koo, was also sentenced to four years in prison in January last year. Kim was known to have received around 1.4 billion won (US$1.15 million) from AgustaWestland in return for lobbying South Korean senior military officers to choose the AW159 Wildcat.

The deployment comes on the day that the chairman of the U.S. Joint Chiefs of Staff Joseph Dunford and his South Korean counterpart Lee Sun-jin held a 20-minute meeting by telephone at 0700 KST (2200 GMT), the South’s Ministry of National Defense (MND) announced.

Both discussed ways to implement the policies and strategic plans outlined in the first meeting of the Extended Deterrence Strategy and Consultation Group (EDSCG) held in Washington back in December, an MND official, who wished to remain anonymous, told NK News.

Despite multiple South Korean local media outlets, including Yonhap News Agency, reporting that the deployment of the U.S. strategic assets to South Korea was on the agenda, South Korea’s MND declined to comment to foreign media on the issue.

The South Korean Navy received a total 8 Wildcat choppers (AW-159) in June and December 2016 from the British-Italian company AgustaWestland, now part of Leonardo.