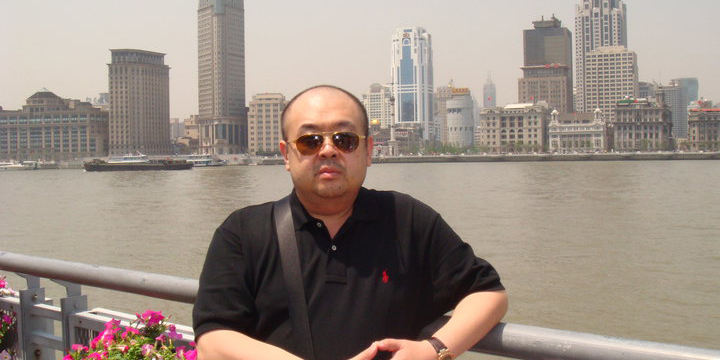 Update 02/16/2017: this article was updated as Selangor police chief confirmed to NK News that two female suspects would be remanded for seven days from Thursday and Malaysian Deputy Prime Minister announced the country may release Kim’s body to North Korea

Another female suspect linked to the murder of Kim Jong Nam, the now-deceased half-brother of North Korean leader Kim Jong Un, was arrested on Thursday morning, Royal Malaysia Police have said in a written statement.

Malaysia’s police department didn’t specify the location of the arrest, but said the female suspect holds an Indonesian passport and is identified as Siti Aishah, born on February 11, 1992.

“She was also positively identified from the CCTV footage at the airport and was alone at the time of arrest,” the Royal Malaysia Police said, adding the apprehension took place at 02:00 am local time.

The remand order on two female suspects, including a Vietnamese woman arrested on Wednesday, were made at the Sepang district police headquarters (IPD) at around 10:00 am on Thursday, Malaysian News Agency Bernama reported.

Malaysian Police announced on Wednesday that they had detained a Vietnamese woman in the morning at Kuala Lumpur International Airport’s low-cost KLIA2 terminal, having apparently returned to the scene of Monday’s crime.

Duan Thi Huong and Siti Aishah are reported to be included among six suspects comprising two women and four men, and police are chasing four male suspects who are believed to be co-conspirators of the two women, Malaysian local media the Sun Daily reported on Thursday.

Malaysian Deputy Prime Minister Ahmad Zahid Hamidi also announced on Thursday that the North Korean Embassy in Malaysia confirmed for the first time that Kim Jong Nam had traveled the passport under the name of Kim Chol, multiple local media outlets reported including Bernama on Thursday.

“We have looked into possibilities that he carries two different identities, probably it’s (an) undercover document and it’s (an) authentic passport actually,” he told the press.

Zahid said Kim’s body would be released to the next of kin or the North Korean Embassy after completing the police and medical procedures.

Zahid added there had been no official request from Kim’s next of kin up to now, and the Malaysian government would cooperate with the North’s request in accordance with standard operation procedure.

“We will facilitate the request by any foreign government for that matter, although there are some procedures to be followed,” the Deputy Prime Minister also said. “I think our policy is we have to honor our bilateral relationship with any foreign countries.”

“After all the police and medical procedures are completed we may release the body to the next-of-kins and through the embassy.”

When asked by a journalist about whether it was wise to return the body to the North Koreans, given the widespread belief that Kim Jong Nam’s assassination was ordered from Pyongyang. The Deputy Prime Minister said “Yes, definitely.”

But Selangor’s police chief declined to comment on media reports that the North Korean Embassy in Malaysia had asked that they released Kim’s corpse when contacted by NK News at 1400 Seoul time on Thursday.

“Not until now, we haven’t received any official proposal from the North Korean Embassy [in Malaysia]… They have to deal with the issue through our foreign affairs,” he told NK News.

The post-mortem on the remains of the North Korean man, whose name was identified as Kim Chol, was completed by 1930 local time, Bernama reported on Wednesday, saying that Sepang District Police chief ACP Abdul Aziz Ali confirmed the issue.

Malaysian police haven’t yet officially announced the results of the autopsy, with the police classifying Kim’s case as a sudden death to date.

When asked whether he could comment on the possible cause of death, the deputy prime minister told reporters: “Not yet. Not officially from me. Must be from the hospital and the police.”

The Sun Daily reported the case still remains explained as a sudden death officially, but that the police would reclassify it as murder depending on the results of the post-mortem.

Update 02/16/2017: this article was updated as Selangor police chief confirmed to NK News that two female suspects would be remanded for seven days from Thursday and Malaysian Deputy Prime Minister announced the country may release Kim’s body to North Korea Another female suspect linked to the murder of Kim Jong Nam, the now-deceased half-brother of North Korean leader Kim Jong Un, was