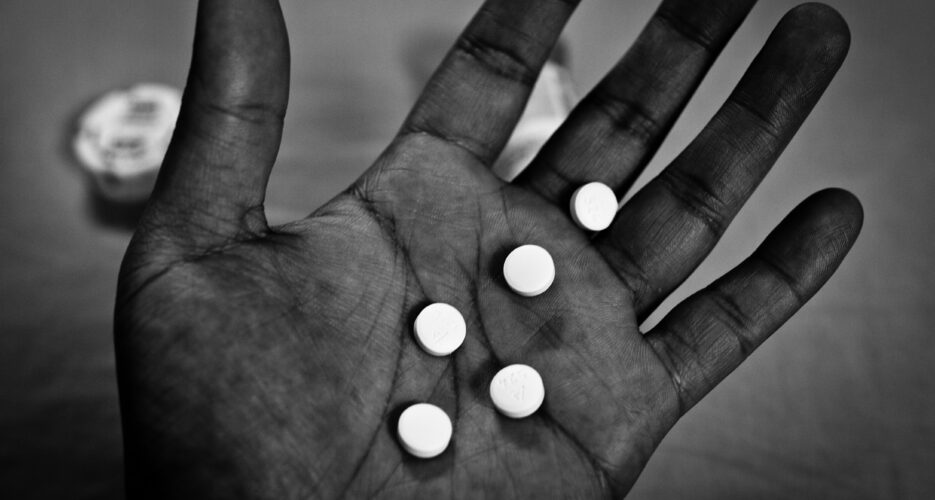 Consumption of illicit drugs in North Korea is on the rise and is widespread among people of all ages, South Korea’s Database Center for North Korean Human Rights (NKDB) said on Thursday.

North Koreans have easy access to drugs and “the consumption of methamphetamine (designer drug) has become common and cultural” since 2010, Lee Kwan-hyung, a researcher in drug use in North Korea at the NKDB in Seoul, said based on in-depth interviews with 18 defectors.

Speaking at a seminar on the actual and current conditions and problems of drug use in the DPRK, Lee argued that drug consumption was especially widespread in the border regions after methamphetamine production – known locally as “bingdu” – had expanded since the mid-2000s.

An unnamed female defector, who used to sell drugs at Chongjin City in North Hamgyong province and developed a dependency on drugs, testified at the seminar that North Koreans usually purchased it by the gram, one of which cost about the same as a 1-1.5kg bag of rice back in 2006.

“I believed many North Korean consumers were drug addicts… I exploited their drug dependency… I sold senior officers from State Security Department and police officers in different regions the drug,” the female defector said, adding most of North Korean middle-class engaged in commercial activities used drugs.

Lee Kwan-hyung pointed out even “children and teenagers” become drug consumers and everyone is exposed to narcotic drugs regardless of “gender, job, economic power, and age,” reporting that one defector witnessed a 6-year-old doing drugs.

“Methamphetamine is the major item that cannot be missed in birthday parties among North Korean youth,” Lee said based on the testimony of two unnamed defectors. “The consumption of methamphetamine has become a culture among young people.”

Lee said the scale of consumption of methamphetamine in Pyongyang is “enormous” compared to other areas.

Hamhung City in South Hamgyong province is the “hometown of ice (Bingdu, North Korean jargon)” where the majority of production and trafficking takes place.

Drug trafficking and consumption is booming in Hoeryong City of North Hamgyong Province located on the China – North Korea border and daily consumption of methamphetamine was estimated to be 800g in 2010.

Another North Korea watcher said that narcotic drugs seem to be “a grave threat to [the North Korean] people’s physical and mental health.”

The proportion of the use of narcotics in 2015 has jumped by around 2.7 times following the year 2010, and 13.6 percent of North Korean defectors who fled the North between 2010 and 2012 had said they had taken drugs.

Yang, however, pointed out it was hard to confirm whether the respondents “actually” used the drugs, adding the phrase “experience” doesn’t include involvement in production, sales, and smuggling.

Yang underscored the North Korea had no system to “cure and prevent” narcotics addiction as its leadership perceived the drug issues as issues of control and punishment.

The survey showed the North Korean leadership is cracking down on drug use. 54.7 percent of the defectors fleeing the North in the 1990s said the North “strictly clamped down” on drugs, while 70.4 percent of defectors escaping in 2014 gave the same answer.

Yang, however, said that the North didn’t have the ability to solve the issue of drug abuse, and poor medical services had brought about a rise in the use of drugs and had hampered treatment.

An unnamed male defector, who had used the narcotic drug called Bingdu for ten years in North Hamgyong Province, confessed at the seminar that he came across the drug in an attempt to “treat colitis,” a painful digestive condition.

“I was unable to kick the habit for ten years since I firstly used the drug[in 2003] with curiosity. I’d tried to get off drugs, but I couldn’t maintain my social life,” the defector told reporters. “But I’m happy that I finally managed to go off narcotics after arriving in the South [in 2014].”

Consumption of illicit drugs in North Korea is on the rise and is widespread among people of all ages, South Korea’s Database Center for North Korean Human Rights (NKDB) said on Thursday.North Koreans have easy access to drugs and “the consumption of methamphetamine (designer drug) has become common and cultural” since 2010, Lee Kwan-hyung, a researcher in drug use in North Korea at the