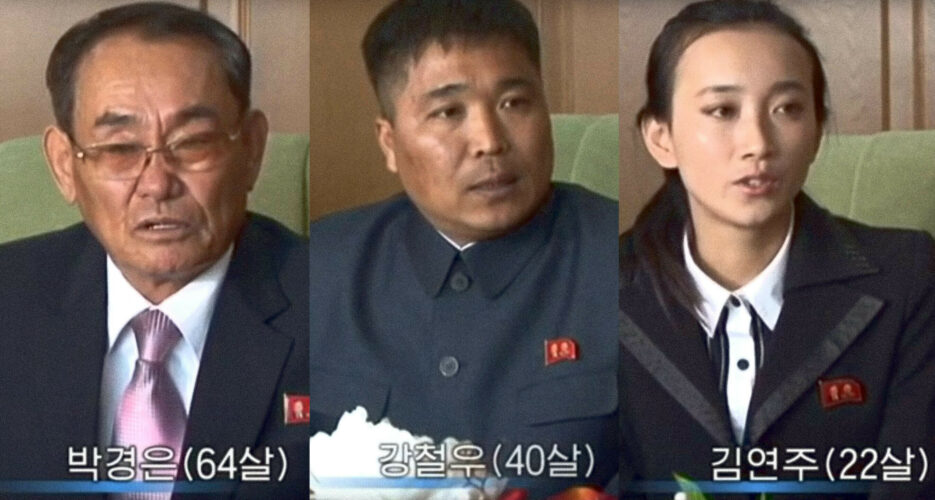 All three claimed that they arrived in the North in June and September this year, after facing mistreatment in the workplace, destitution, and loneliness in the South.

“Many female defectors are forced into prostitution,” Kim Yeon Ju, who returned to the North in September, said.

“I even received phone calls and text messages asking if I am interested in that kind of work.”

NK News could not independently identify if all of three were genuine re-defectors.

The South Korean government also remained ambiguous about their identities, but said that they are aware of the video clip.

“I have just read the report about it (Uriminzokkiri’s clips), and from what the government knows there are 16 re-defectors,” Jeong Jun-hee, a Ministry of Unification spokesperson, said on Wednesday.

Jeong did not clarify if those three were part of the 16, or if the number of re-defectors had increased to 19 in total.

While no concrete evidence on their identities was found, all the three either mentioned South Korean television programs, news reports, and events, something that ordinary North Koreans would not know about – though it is, of course, possible they were briefed by DPRK officials.

“I received a phone call to appear on the (South Korean) TV program called Meet Now (Ije Mannareo Gamnida)…they said that I would be very popular as I am young and have recently left the North,” Kim Yeon Ju said.

Kang Chol Woo, another male defector who has returned to the North with Kim, criticized the South by mentioning a political scandal that took place in June, when a government official was caught saying “99% of South Koreans are ‘like dogs and pigs’.”

Park Kyong Un, who left to the South in 2004 and returned to the North in June this year, said he was promised money if he participated in the World Defectors Meeting, a South Korean event organized in April this year.

“I went to the South when I was already quite old,” Park said. “I tried to do my best to get a job, but it was very challenging because of my age and the fact that I was a defector.”

Park said that he had been severely injured while he was working as a woodchopper in the middle of the cold South Korean winter.

“Three of my ribs broke… while I was hospitalized in the room that no one would visit…tears came out of my eyes in the thoughts of my homeland.”

During clips roughly 30 minutes long each and divided into two parts, the re-defectors all praised the North, chanting a song celebrating the North Korean Workers’ Party.

While it is hard to establish their motives, one expert argued, three possible scenarios might explain their decision.

“Second, some of them might have been lured or blackmailed into going back, and North Korean authorities have many ways to influence them. However, I believe that the most likely option is that these people really felt disappointed about their South Korean experience.”

The clips also featured three other re-defectors who arrived in the North in 2015 – defections that were previously reported by Uriminzokkiri.

North Korean government channel Uriminzokkiri released a series of video clips from Wednesday to Thursday, featuring three former defectors who have allegedly recently returned to the DPRK.All three claimed that they arrived in the North in June and September this year, after facing mistreatment in the workplace, destitution, and loneliness in the South.“Many female defectors are