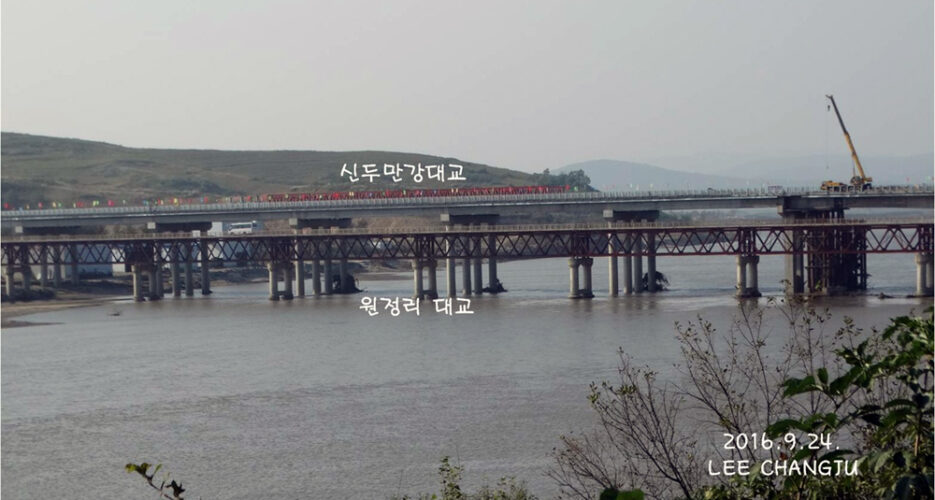 The New Tumen River Bridge, which has been under construction since 2014, has been completed and an opening ceremony has been held, Seoul-based media reported on Sunday.

“According to my latest observation at the site, the New Tumen River Bridge is completed,” Lee Chang-ju, a PhD candidate at Fudan University, who visited the site on September 24, told NK News.

According to SBS, authorities recently held a small and quiet opening ceremony.

“The bridge is already opened; we already held the tape-cutting ceremony,” said an unnamed Chinese customs official in the video released by SBS.

The report said the opening ceremony took place on September 30, with the only handful of Chinese officials participating without their North Korean counterparts.

“The officials came and cut off the tape. It didn’t take more than few minutes, there were no other events held,” the Chinese customs official continued. “Because of the recent flood in the region, the middle section of the bridge was damaged. Only half of the bridge is opened while the other half is under the maintenance work.”

According to Hunchun City, the total sum of money that was needed for the construction was around USD23 million, RFA reported.

It is possible that the building process was expedited by the city, as a previous report read that the original due date set by the city was sometime around the end of October.

About three months ago, another project, in proximity to the New Tumen River Bridge, was showing signs of opening in the near future.

“They started on working on it (the new immigration building) at the same time they began working on the construction of the bridge,” Rowan Beard from Young Pioneer Tours told NK News at the time.

Reports indicated a large new immigration building at the Hunchun crossing on North Korea’s border appeared to be complete, with several North Korean workers cleaning the exterior of the building.

The New Tumen River Bridge, which has been under construction since 2014, has been completed and an opening ceremony has been held, Seoul-based media reported on Sunday.