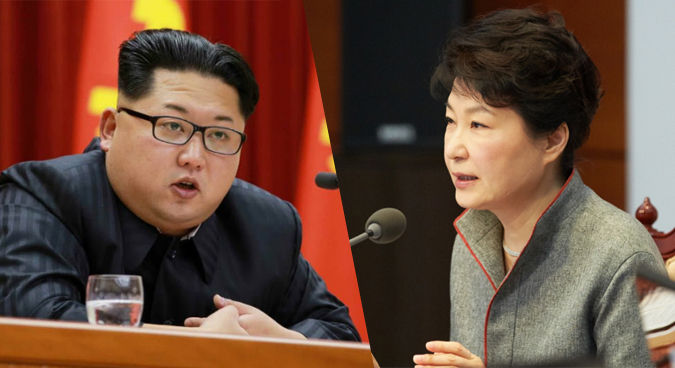 On the fifth day of North Korean coverage of the ongoing Choi Sun-sil scandal in South Korea, ruling party organ Rodong Sinmun has published its first official commentary on the controversy.

The article asks whether inter-Korean policy under the Park administration was guided by Choi Sun-sil, as multiple South Korean reports indicate.

“Top secret information, such as North-South secret military meetings, was discussed in (Choi’s) secret office in Nonhyeon-dong, Seoul,” Rodong Sinmun, the most widely-read newspaper in the DPRK, said.

“…and the incidents that drove inter-Korean relations to extremes – such as the resumption of loudspeakers and shutdown of the Kaesong Industrial Complex – were the results of Choi Sun-sil’s ‘orders,’ reports say.”

“…the ‘Unification is Bonanza,’ or ‘Dresden Initiative’ were designed or ratified from Choi’s unenlightened brain. Can it be more absurd and ridiculous than this?”

Calling Choi a “mindless shaman” who has reportedly predicted North Korea’s collapse for two years, and attacking President Park for following her prophecies, Rodong said the two were responsible for creating the “worst ever inter-Korean relations in history.”

Previous reports covered by NK News showed that Pyongyang is keeping a close eye on Choi-gate, with reports seen to include the most up-to-date information possible.

Since first covering the Choi-scandal last Thursday, North Korean press has focused on covering the details of the case, without adding much analysis or criticism.

This continued until Sunday, with the amount of Choi Sun-sil coverage gradually increasing every day.

Including coverage of the mass protest held in Seoul on Saturday and a commentary of roughly 2,100 words, Monday’s edition spent two pages covering the case.

Written by the editorial board of Rodong, the lengthy analysis introduced the background to the scandal, how South Koreans reacted, and how Pyongyang hopes it will end.

“The tide of history is now in the hands of South Koreans and how they will fulfill their duties and responsibilities,” the commentary said in its conclusion.

“Just like how the South Koreans brought down Rhee Syngman on April 19, just as how they have brought the miserable fate to Park Chung-hee… the people will give the final verdict to the Park Geun-hye’s clan.”

A longtime North Korea watcher said the scandal is a game-changer for the North.

“Including how this domestic scandal ends, with the upcoming result of the U.S. Presidential election to be held in next few days, Pyongyang must be doing its best to calculate the options it can take in the upcoming year.”

On the fifth day of North Korean coverage of the ongoing Choi Sun-sil scandal in South Korea, ruling party organ Rodong Sinmun has published its first official commentary on the controversy.The article asks whether inter-Korean policy under the Park administration was guided by Choi Sun-sil, as multiple South Korean reports indicate.“Top secret information, such as North-South secret