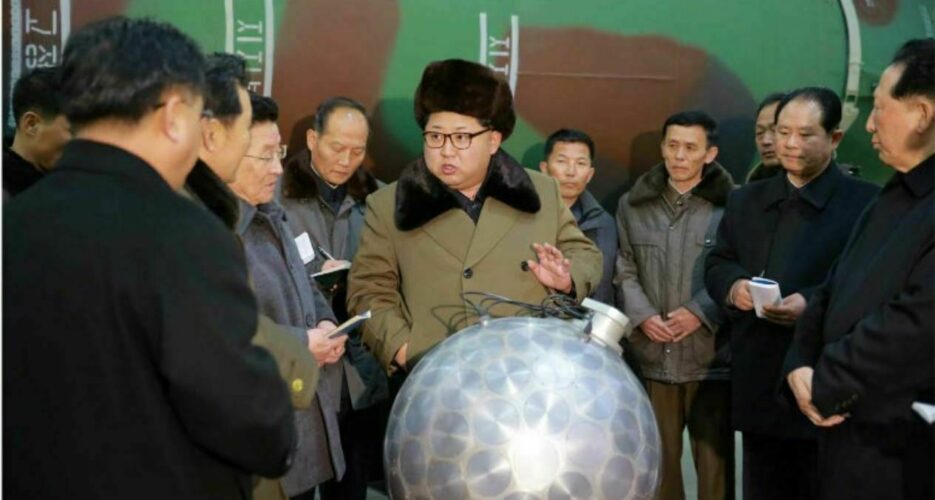 On the same day, an artificial earthquake with a magnitude likely over 5.0 on the Richter Scale was detected near the DPRK’s Punggye-ri testing site.

The North’s aim is to “miniaturize the nuclear [weapon enough] to be able to mount on the ‘Scud-type’ missile,” National Assembly spokespeople told press after the Intelligence Committee meeting.

The NIS also explained that the North could carry out an additional nuclear test at any time, and that a sixth and seventh nuclear test could take place in the near-future, according to Yonhap.

A source in the National Assembly, who wished to remain anonymous, told NK News that “peculiar movements in three mines have been detected” and that the country may be preparing for further tests this year.

Regarding to the type of weapon tested, “it was not a hydrogen bomb,” Yonhap quoted Kim Byung-kee, a lawmaker of the Minjoo Party of Korea and a member of Intelligence Committee, as having said.

According to a press release, the South Korean military now has a triaxial system which includes Kill Chain, Korea Air and Missile Defense (KAMD).

“This is retaliation and punishment system of directly targeting the North’s command unit including war command center if the North poses a threat with a nuclear armament,” the defense ministry said in the press release.

“We will operate striking forces with the missiles which can do pinpoint strike many targets at the same time as well as elite special forces,” defense ministry added.

The South’s military added it would develop “advanced and powerful warheads” in Kill Chain, which is the first axis of the defense system, and serves as a preemptive strike system requiring 30 minutes to contain North Korea’s missile launch capabilities.

North Korea claimed it had tested a “standardized” nuclear weapon to be mounted on ballistic rockets of its strategic force, during an announcement on Korean Central Television (KCTV) on Friday.

“The nuclear test finally examined and confirmed the structure and specific features of movement of nuclear warhead that has been standardized to be able to be mounted on strategic ballistic rockets of the Hwasong artillery pieces units of the Strategic Force of the Korean People’s Army (KPA) as well as its performance and power,” the KCTV announcement said.

The Units are tasked to “to strike the bases of the U.S. imperialist aggressor forces in the Pacific operational theater in a contingency,” according to KCNA.