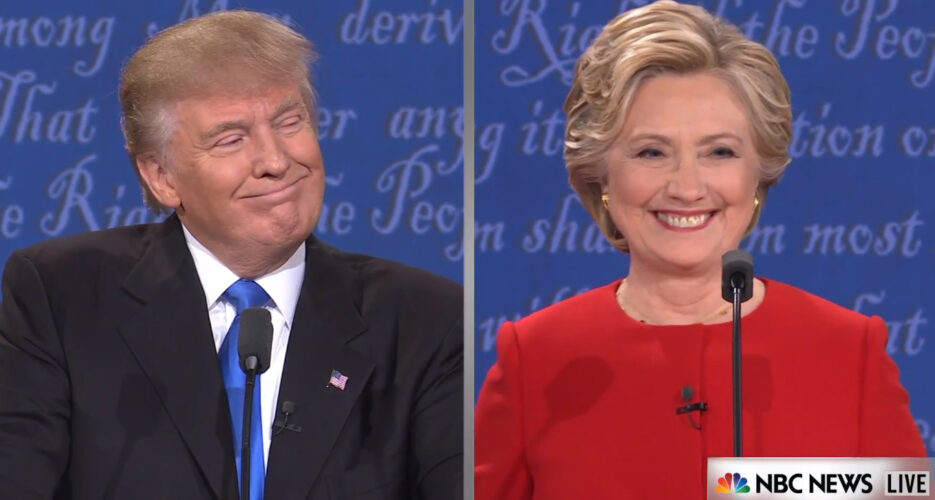 Trump doubled down on previous statements that Beijing should solve the current diplomatic deadlock on the Korean Peninsula, while also reiterating previous claims about potentially altering the U.S.’ mutual defense treaties in the region.

The Republican candidate’s proposed policy on North Korea has not been welcomed with open arms, and is often viewed as overly simplistic.

“Has the Bush administration not tried to use Chinese leverage to control Pyongyang? Has not the Obama administration?,” Eom Sang-yoon, a research fellow at the Sejong Institute told NK News.

“What is Trump saying is very basic, so far he has not provided any details on how his policy will be different from that of Obama.”

The presidential nominee followed up the remarks by saying he would have used the U.S. – Iran deal to further pressure the DPRK into giving up its nuclear weapons.

“Iran is one of their biggest trading partners, Iran has power over North Korea, and when they (current U.S. government) made that horrible deal with Iran, they should’ve included the fact that they do something with respect to North Korea.”

While Tehran and Pyongyang almost certainly have some trade interactions, their exact scope is unknown, as neither country publishes bilateral trade figures.

“Neither Iran or North Korea are overly interested in publishing their trade data, and according to the ITC trade database, there hasn’t been any trade between the two countries since 2005,” Leo Byrne, the Data and Analytic Director at NK News said.

During the debate, Trump once again took aim at how U.S. allies, including Japan, and South Korea’s are “free-riding” on U.S. defense budgets. Democratic hopeful Clinton took the opposite tack, saying the U.S. would “honor mutual defense treaties.”

“We defend Japan, we defend Germany, we defend South Korea, we defend Saudi Arabia, we defend countries,” Trump continued. “They do not pay us, but they should be paying us because we are providing tremendous service and losing a fortune.”

Trump insisted the U.S. footing other countries’ defense bills was the reason why “we lose on everything,” while adding that it’s possible the U.S. “can’t defend Japan, a behemoth selling us cars by the millions” unless it pays the fair share.

“I want to reassure our allies in Japan and South Korea and elsewhere that we have mutual defense treaties, and we will honor them.”

Trump’s first raised the issue of defense costs in Asia back in March, when he claimed that if elected President he might withdraw U.S. forces from Seoul if it does contribute more to its defense costs.

The remarks ruffled feathers in the South, where both progressives and conservatives expressed concern and criticized Trump’s plans. But the plans won the Republican hopeful a ringing endorsement from North Korea linked outlet DPRK Today.

“The president that U.S. citizens must vote for is not that dull Hillary but Trump, who spoke of holding a direct conversation with North Korea,” the article, published in May reads.

Trump doubled down on previous statements that Beijing should solve the current diplomatic deadlock on the Korean Peninsula, while also reiterating previous claims about potentially altering the U.S.' mutual defense treaties in the region.