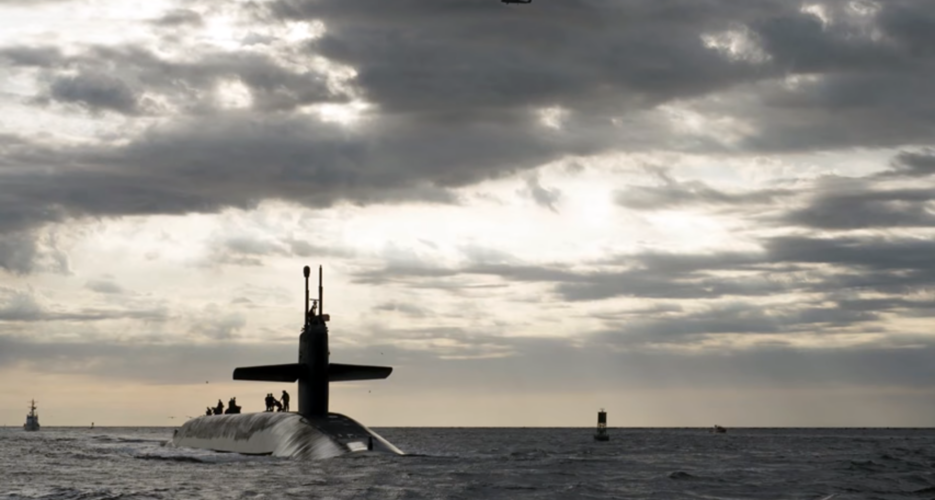 The floor-leader of South Korea’s ruling party on Monday urged the military to develop a nuclear-powered submarine to counter increasing threats from North Korea’s naval forces.

The request for a nuclear-powered submarine, which came just days after North Korea successfully test-fired a submarine-launched ballistic missile (SLBM), was supported by 22 lawmakers from President Park Geun-hye’s Saenuri party.

“We urge the South Korean military to review the particular countermeasure to seal off the North’s SLBM launch attempts, such as by developing the nuclear-powered submarines,” Chung Jin-suk, floor leader of the ruling Saenuri Party said in a joint statement early Monday.

But during two separate press briefings on Monday and Tuesday, South Korea’s defense ministry would not confirm if it intended to follow the suggestion and develop such a system.

“Nothing has been decided about the nuclear-powered submarine,” Ministry of National Defense (MND) Spokesperson Moon Sang-gyun said on Monday. “It is hard to give out a definite answer for now, as we have to make a close examination and review (the issues).”

Also answering Chung’s proposal on Monday, Minister of Defense Han Min-gu said that the MND would review and take note of it, without giving a definitive answer.

However, part of minister Han’s answer was interpreted by multiple local media as an intention to hold a “working-level review” to develop such nuclear submarine capabilities.

As a result, on Tuesday the MND was forced to reiterate to media that there had been no talks about the suggestion.

The U.S.-Republic of Korea (R.O.K.) Agreement for Peaceful Nuclear Cooperation, which was re-signed last year, restricts South Korea’s use of nuclear power to “peaceful uses” only.

But on Tuesday, however, the spokesperson refused to say whether Seoul could build its own nuclear-powered submarine without Washington’s consent.

“Commentary on the matter, under such assumptions, might trigger a ‘great misunderstanding,’,” the spokesperson said.

WILL IT BE BUILT?

One military analyst said the development of a nuclear-powered submarine could be a propaganda tactic for South Korea or an indicator of a new and serious way of increasing capabilities to counter the North.

“A nuclear-powered submarine gets all power – propulsion and electric – from a nuclear reactor, so they don’t have to surface except for air and other supplies,” NK News Director of Intelligence John Grisafi said, “They can theoretically stay at sea indefinitely… it takes decades for their fuel to run out.”

He added that development of such submarines would be a “technical achievement (that) would be a way to one-up or match North Korea’s efforts to develop SLBMs and missile-launching submarines.

“The actual capability would enhance the credibility of South Korea’s navy as a counter North Korea’s submarine fleet,” he said.

But, a South Korea-based specialist said the development of such submarines would most likely not happen in the future.

“We would need a uranium enrichment facility or plutonium reprocessing plant to produce the fuels for the nuclear-powered submarines,” Eom Sang-yoon, a senior researcher at the Sejong Institute told NK News.

“Because of the North’s nuclear threats, South Korea is already considered as a potential nuclear weapon state,” he continued. “The U.S. would have doubts about the South’s intention in building such facilities, as both can be used to make nuclear bombs.”

Eom added that a third option, of purchasing already processed nuclear material from the third party – most likely the U.S. or France – would not be an easy method for Seoul either.

The floor-leader of South Korea's ruling party on Monday urged the military to develop a nuclear-powered submarine to counter increasing threats from North Korea's naval forces.

The request for a nuclear-powered submarine, which came just days after North Korea successfully test-fired a submarine-launched ballistic missile (SLBM), was supported by 22 lawmakers from President Park Geun-hye's Saenuri party.