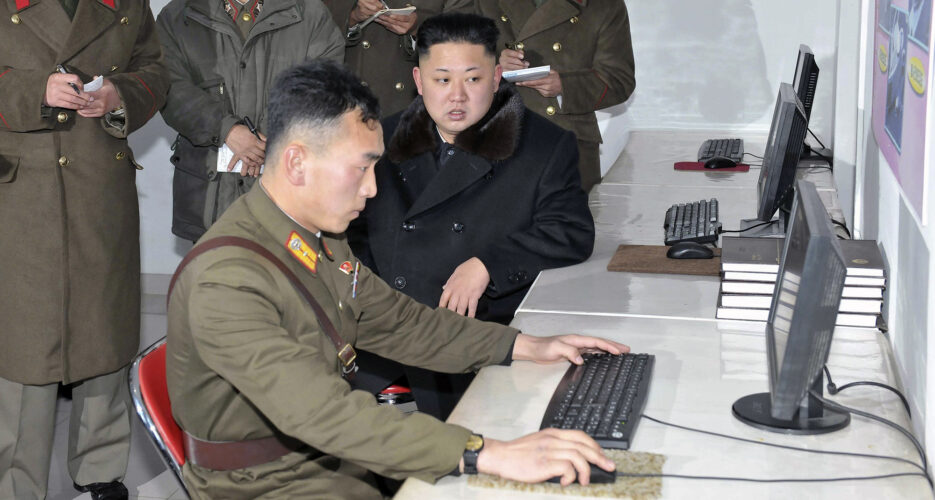 Calls for the enactment of the “anti-cyber terrorism bill” resurfaced in South Korean politics Tuesday, after a series of alleged North Korean cyber attacks hit the country.

The bill is the center of controversy as more security could infringe on the privacy of many South Koreans.

“I strongly urge the anti-cyber terrorism bill be passed, which is pending in the National Assembly,” Kim added, according to Yonhap News Agency.

Recently, one of South Korea’s biggest integrated internet stores was hacked. The personal information of ten million of Interpark’s customers was released in the cyber-attack.

South Korean legal authorities accused the North’s Reconnaissance General Bureau of the hack, as some of IP addresses matched ones they used in 2009, 2012 and 2013 in similar attacks, the Electronic Times reported.

Soon after the Interpark case was reported, another North Korean alleged cyber-attack made headlines on Monday. The July case targeted over 50 email accounts belonging to government officials and journalists.

Once the National Assembly passes the bill, the National Cyber Security Center, an organization which falls under the National Intelligence Service (NIS) will be the country’s top cyber-security control tower.

The center is to have more authority to collect and analyze cyber information to prevent future attacks, the official legislative bill reads.

The NIS in March said the new law was necessary as they have “detected circumstances in which North Korea is preparing large-scale cyber terror.”

On the same day, South Korea’s biggest opposition political party heavily criticized the plans. A spokesperson from the Minjoo party said the new law would grant the government powers to  “control and watch” South Koreans.

Experts had similarly contrasting opinions on the effectiveness of the new measures.

“North Korea’s Reconnaissance General Bureau is believed to have many offices with each of them using a different level of cyber attack against South Korea,” Samuel Koo, a cyber defense expert from Mirage Works told NK News.

“The recent leak of private information from Interpark was due to ‘social engineering‘, a type of cyber attack that relies on human interaction, tricking people to break into security procedures.”

Koo said hacking relying on human weakness couldn’t be easily overcome by upgrading current systems, or with integrated control towers like the one the NIS is suggesting.

But another South Korean expert said the law is a must for South Korea as the country is exposed to many North Korean cyber attacks, and would remain so unless some proper measures are taken.

Calls for the enactment of the "anti-cyber terrorism bill" resurfaced in South Korean politics Tuesday, after a series of alleged North Korean cyber attacks hit the country.The bill is the center of controversy as more security could infringe on the privacy of many South Koreans.“The North’s cyber-terror attacks on South Korea are happening more frequently. We have inadequate