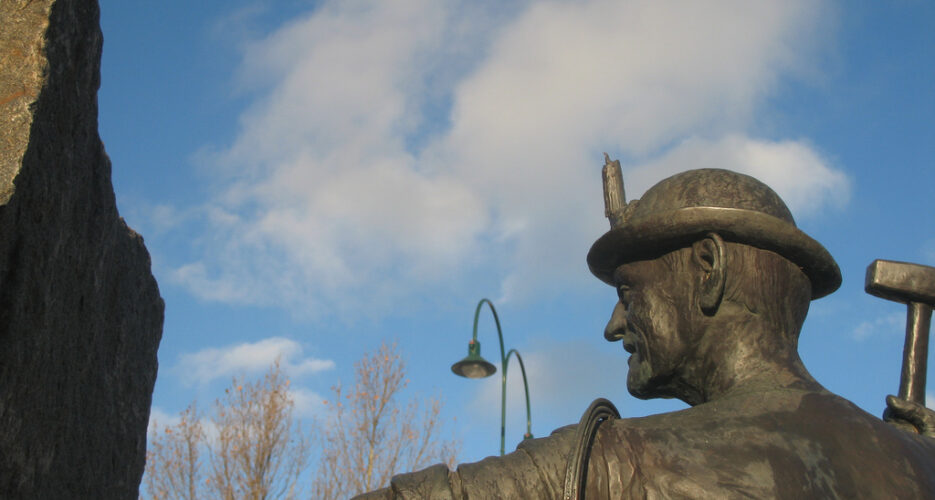 Recent UN sanctions putting so much emphasis on mineral exports from North Korea unavoidably attract much attention to exports of North Korean coal to China.

Indeed, coal shipments to China, which were almost unnoticeable as late as 2000, currently constitute roughly 40 percent of all North Korean exports, as reconstructed through the statistics of North Korea’s trade partners (the actual share may be somewhat lower, since not all North Korean trade deals are counted). Because prices have been falling on international markets, the share of exports also began to slide in recent years, but remains high.

However, the commotion that followed China’s decision to enforce a partial ban (for the time being, at least) on North Korean coal attracted attention to something that many observers had speculated about: the essentially private nature of some mining enterprises that sell their coal to China.

Such capital had to be invested somehow to produce profit

Indeed, the growth of semi-legal a private economy began in North Korea in the early ’90s and, by the early 2000s reached a point where many rich North Koreans had investable capital counted in the tens of thousands of U.S. dollars. Such capital had to be invested somehow to produce profit. And in their search for yield, many North Korean capitalists began to look at the coal industry.

Of course, private mining remains illegal in North Korea. However, it helped that in the late ’90s, with the encouragement and approval of the central government, a number of foreign trade companies were established by North Korean bureaucratic agencies, military units and larger industrial enterprises. These companies were expected to make money selling everything that could be sold on international markets. They usually could secure export licenses (the much coveted wakku) to sell coal or other resources. However, most of these companies, often technically established by the Korean People’s Army or Workers’ Party of Korea, had neither the technical expertise nor operational capital to start digging for coal.

Thus, around 2000, it became possible to make a perfect match between private entrepreneurs who had plenty of money but badly needed official protection and export licenses and state-controlled autonomous trade companies with all the necessary paperwork but no investment capital or relevant experience. In most cases private owners locate abandoned old small mines that ceased operations during the Arduous March and then pump out water and restart production.

It did help that the Chinese economy was growing fast, thus generating a great demand for coal and, more broadly speaking, mineral resources which came to lead North Korean exports in the early 2000s (in the 1990s seafood topped North Korea’s exports list). The demand for coal began to dwindle after 2012, partially due to a slowdown in the Chinese economy (China’s annual GDP growth, according to the World Bank, was 11.3 percent in 2005 but a mere 7.3 percent in 2014), but largely due to growing environmental concerns and a switch to cleaner sources of energy in China. Nonetheless, the period from the mid-1990s to the early 2010s was a golden age for coal exporters in the Chinese market.

Part of the payments ends up in the state budget, while another goes into the pockets of officials who manage the state company

So, in the early 2000s North Korean private investors, operating under the cover of state agencies, began to purchase mining equipment, hire workers and look for profitable export deals (many of them had had Chinese partners since the 1990s). At the same time, their bureaucratic and military supervisors/protectors have received generous payments. Since the bureaucrats, who allow private entrepreneurs to use the name of their state companies to do mining, have little actual control over operations and seldom even know what is going on at the mines their company technically manages, they usually agree on a fixed sum to be paid by the private subcontractor monthly or annually. Part of the payments ends up in the state budget, while another goes into the pockets of officials who manage the state company.

There were good reasons why aspiring private investors piled into coal mining rather than, say, extraction of iron ore or rare earth minerals. The major attraction was the low barriers to entry – coal mines were (and are) relatively cheap to start. If a business person wanted to start mining, say, iron ore, it would require rather sophisticated equipment and, as a result, a significant level of investment while North Korean coal can be easily mined with the use of very primitive equipment by teams of unskilled workers.

The largest of the private mines now employ about a hundred miners, but the majority are smaller-scale operations with just a few dozen workers involved, and tiny mines with just 5-6 workers are not unheard of.

Compared to other mineral resources, coal is also easy to sell domestically, since it is widely used for heating and in small-scale production. A majority of private mines sell high-quality coal to China, while lower-quality coal is sold at home. This would not be case with iron ore, hardly needed inside North Korea.

While the share of private mines in the total nationwide coal production may remain relatively modest, their share of coal exports is significantly higher. Private investors operate under the cover of foreign trade companies created for the sole purpose of exporting coal overseas. Thus, the majority of production by such companies ends up in the Chinese market. Conversely, big state enterprises have strict limits on how much of their coal they are allowed to export. As a rule of thumb, a state-owned mine is now allowed to send about 10 percent of their production overseas, largely on the assumption that earnings will be used to finance continuing operations.

Transportation of coal is another challenge where private capital is important. North Koreans are fortunate that there are substantial coal deposits located near major seaports or on the Sino-North Korean border. This makes North Korean coal highly competitive because it costs, on average, 70 percent that of Chinese coal of the same quality.

Nonetheless, even if transportation is relatively easy, it still has to be done. They usually use trucks rather than trains to move coal to seaports or China. In some cases, these trucks are owned by private mining companies, but often mining companies make a deal with a semi-legal truck company (same scheme: using a government agency or state-owned enterprise to register trucks bought and operated by a private business). An interesting sub-branch of business developed by entrepreneurs in recent years is large storage facilities for coal.

Storage facilities have made it possible to compensate for the occasional fluctuation in coal prices on market. It seems that storage facilities are independent from mines, thus their relationships are similar to that of truck operators: They work on a contractual basis.

The new system has led to competition for skilled workers. While miners are paid a tiny salary of $30-50 a month, a skilled worker who can operate some piece of machinery can easily make $100-140 a month. This makes a job at the mines a much-coveted occupation for those with the necessary skills. However, engineers and geologists have benefited most from the coal mining boom. According to rumor, a good mining engineer can make upward of $500 a month when working for a private company.

Of course, one can only guess what will happen to this entire business structure with the advent of international sanctions (assuming, of course, that these sanctions are implemented thoroughly enough). Many will lose out, but as a reluctant believer in the initiative, greed and ruthlessness of capitalism and capitalists, I think that a significant part of the industry will survive both the collapse of prices and sanctions.

Recent UN sanctions putting so much emphasis on mineral exports from North Korea unavoidably attract much attention to exports of North Korean coal to China.

Indeed, coal shipments to China, which were almost unnoticeable as late as 2000, currently constitute roughly 40 percent of all North Korean exports, as reconstructed through the statistics of North Korea’s trade partners (the actual share may be somewhat lower, since not all North Korean trade deals are counted). Because prices have been falling on international markets, the share of exports also began to slide in recent years, but remains high.