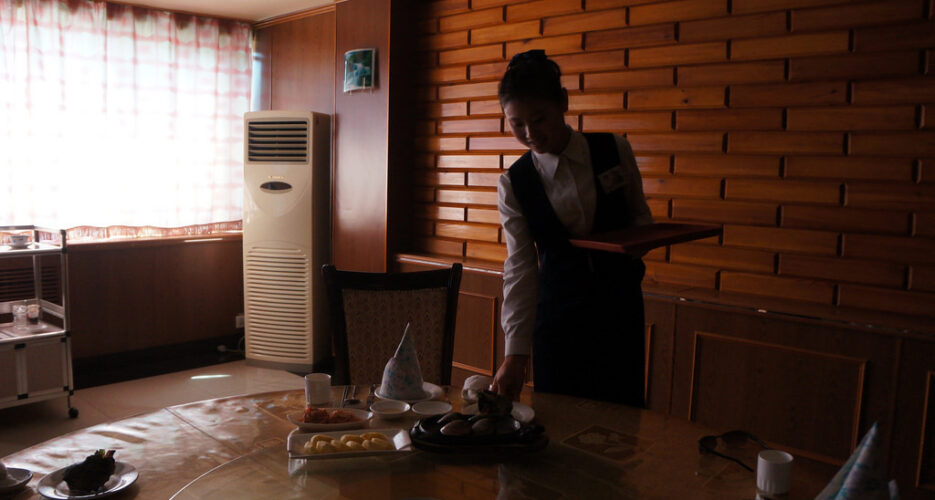 Pyongyang’s Korean Central News Agency on Tuesday criticized the “anti-humanitarian crime” of kidnapping North Korean citizens and defined it as a provocation against the DPRK.

“It is not even worth commenting on North Korea’s unreasonable argument. The group defection happened according to (the defectors’) free will,” the press release from the MoU reads.

The group of restaurant workers left Ningbo on April 5 and arrived in Incheon airport on April 7.

“(South Korea’s) Ministry of Foreign Affairs and the NIS usually deal with defection to ask the cooperation of those countries involved, which takes a few months,” Cheong Seong-chang, senior fellow at the Sejong Institute told NK News.

“The speed of the defection implies the uppermost level of government support,” Cheong said.

Former Unification Minister Jeong Se-hyun, who served from 2002 to 2004 under president Kim Dae-jung and Roh Moo-hyun, said in a radio interview that the speed of the defections process “could not happen without the engagement of an intelligence organization,” noting the speed of the process.

Renowned defector journalist Joo Seong-ha at DongA Ilbo said via a Facebook post that the defection was accidental at the beginning, but the NIS may have cooperated quickly upon detecting the workers’ attempts to defect.

“Usually it is difficult for South Korean foreign embassies to accept a defector. Countries like China and Russia don’t let them leave the country, citing the special relationship with the two Koreas,” Kim Seung-cheol, a defector activist who manages a broadcasting service for North Koreans, told NK News.

“We are fully aware of how the puppet’s intelligence office appeased our citizens and abducted them to a Southeast Asian country, under the connivance of a country,” its statement read.

“A country” likely refers to China, as North Korea noted that the defectors used to work at a restaurant in Ningbo, Zhejiang Province.

However, the Chinese government asserted that it is legitimate to depart China to a third country with DPRK passport. On Monday, the Chinese Ministry of Foreign Affairs stated that they exited China “in accordance with law.”

“This time, the South Korean government judged the political value of the incident to press North Korea,” Kim said, explaining that China normally catches defectors through its surveillance system in cooperation with North Korean authorities.

The South Korean Ministry of Unification (MoU) on Wednesday denied North Korea’s claim that the National Intelligence Service (NIS) abducted the 13 restaurant workers whose defections were announced last week.Pyongyang’s Korean Central News Agency on Tuesday criticized the “anti-humanitarian crime” of kidnapping North Korean citizens and defined it as a provocation against the DPRK.