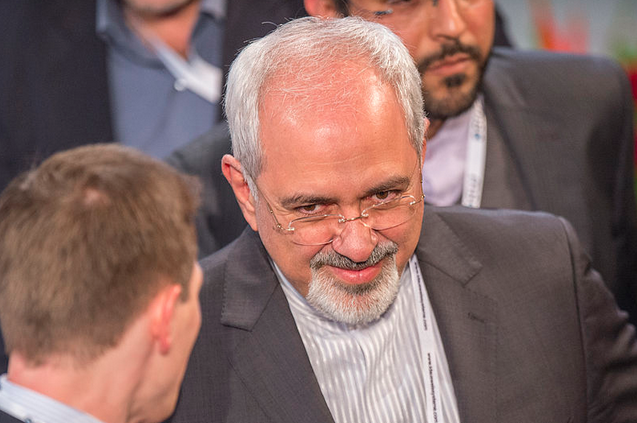 North Korea’s rejection of an Iran-style nuclear deal, as conveyed by a Foreign Ministry spokesman on July 21, came as no surprise. The Democratic People’s Republic of Korea (DPRK) is different from Iran, he said, and its nuclear weapons program “is not up for bargain.”

The differences are indeed vast. Whereas Iran’s official policy is to reject nuclear weapons as haram (forbidden), North Korea’s nuclear-armed status is enshrined in its constitution and in its state ideology of the Byungjin line (simultaneous economic and nuclear weapons development). It is far easier to persuade a nation to accept limits on capabilities that are not yet realized than it is to effect a rollback of existing arsenals. As a trading nation with an international outlook, Iran could be pressured by means of economic sanctions and isolation; North Korea’s self-isolation offers protection against economic pressure as long it does not come from China, its one lifeline. Iran’s electoral political system, however imperfect, gives its people a voice; Kim Jong Un is an absolute dictator. For Iran’s adversaries, the economic pressure is backed up by realistic military options. In the DPRK case, South Korea and the United States are exceedingly cautious about employing force lest it escalate to war that would devastate Seoul.

Still, there is a lesson that Pyongyang should draw from the Iran nuclear deal. It is that the United States is willing to come to terms with detested enemies. North Koreans never tire of complaining about America’s supposed hostility toward them. Certainly there is no love lost in Washington toward the North. But American dislike of the Islamic Republic of Iran is far more palpable. U.S. memories of North Korea’s 1968 capture of the Pueblo have faded; not so the 1979 Tehran embassy seizure and 444 days of holding American diplomats hostage. Yet the United States treated the Iranians as equal negotiating partners, according them respect and collegiality. Obama showed he meant it when he offered a hand of friendship to adversaries.

With U.S.-Cuba diplomatic relations now restored, Iran sanctions soon to be lifted and Myanmar also having come in from the cold, Kim must be feeling ever more isolated. If he were to decide to engage – and he is the Supreme Leader who can make the decision – there is a deal with the United States to be had.

As they did with Iran, the United States and its partners are willing to accept North Korea as a legitimate state and to respect its sovereignty. Security guarantees can again be offered, and while they won’t protect the Kim family against overthrow by revengeful cronies or by the North Korean people, they can be reinforced with tangible offers of economic cooperation and energy assistance. The peace treaty that North Korea has long sought can also be on offer. In exchange, North Korea would need to offer what Iran offered: a verifiable nuclear-weapons-free status.

This is basically the trade-off that has been on the table for over a decade. It is a deal that North Korea has steadily walked away from in pursuit of nuclear weapons and missiles that the regime apparently deems necessary for its survival.

Seeing the Iran deal should be an occasion for Kim to turn around. The opportunity costs of his nuclear program would be starkly clear by looking at the benefits Tehran has successfully negotiated. In addition to an end of sanctions and international isolation, Iran will receive state-of-the art nuclear technology assistance.

Iran’s deal is not unlike the 1994 Agreed Framework with its promise of light-water reactors, which North Korea abrogated in its greed for a uranium enrichment weapons path. Pyongyang similarly abrogated the 2012 Leap Day deal out of greed for a missile launch. Given this history of negotiation deceit, the United States sees little promise in another outreach to North Korea. But Obama is on a roll and his hand remains open, should North Korea want to shake it.

North Korea still has an extant science and technology agreement with Iran and presumably an ongoing missile technology exchange. If there ever were nuclear cooperation between the two states, however – allegations of which have never been confirmed – there is less likelihood of it being carried out now. The enhanced verification measures, including monitoring of procurement of nuclear-related items, that are enumerated in the Iran nuclear deal will make it harder to conceal any such cooperation. And with the door to international commerce soon to open wide, Iran now has an incentive to keep its copybook clean by dropping dubious partners in Pyongyang.

In short, North Korea sits nearly alone in the once bustling club of rogue states. It probably will stay there, reveling in its Byungjin distinctiveness. But if Kim Jong Un should ever decide to try another path, the Iran nuclear deal shows the way.

North Korea’s rejection of an Iran-style nuclear deal, as conveyed by a Foreign Ministry spokesman on July 21, came as no surprise. The Democratic People’s Republic of Korea (DPRK) is different from Iran, he said, and its nuclear weapons program “is not up for bargain.”The differences are indeed vast. Whereas Iran’s official policy is to reject nuclear weapons as haram (forbidden),

Mark Fitzpatrick's research focus includes nuclear proliferation concerns and preventing nuclear danger in the emerging "nuclear renaissance". He has written articles on non-proliferation in the Financial Times, International Herald Tribune, Survival, and other publications. He has lectured throughout Europe, North America and Asia and is a frequent commentator on proliferation and disarmament topics on BBC, NPR and other news outlets. Fitzpatrick served in the US Department of State for 26 years. In his last posting, he served as Deputy Assistant Secretary for Non-proliferation (acting), responsible for policies to address the proliferation problems posed by Iran, North Korea, Libya, Iraq, South Asia and other regions of concern. In previous State Department postings, he headed the South Asia Regional Affairs Office, responsible for non-proliferation and security policies regarding India and Pakistan; served as special assistant to Deputy Secretary Strobe Talbott; headed the Political-Military Branch of the US Embassy in Tokyo; served as North Korea desk officer; and held postings in South Korea and New Zealand. Mr. Fitzpatrick received a Master in Public Policy from the Kennedy School of Government at Harvard University, and joined officers of the Japanese Self Defense Forces in a one-year post-graduate study program at the Japanese National Institute of Defense, where his dissertation on Korean unification was published in journals in Japan and South Korea.