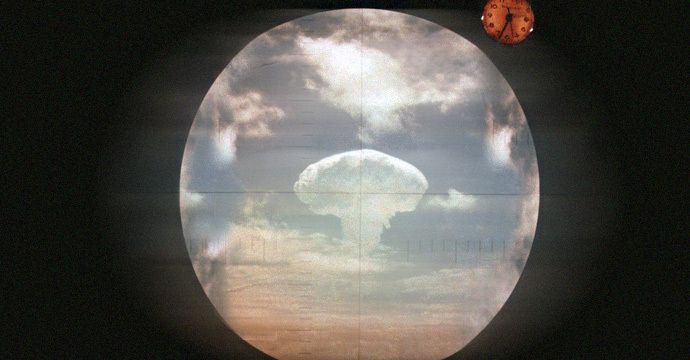 For almost twenty years, ‘denuclearization’ has been the major demand of the United States and its allies when it comes to dealing with North Korea. This still remains the case, though with the passage of time there is a growing awareness of how unrealistic such demands are. Few within the diplomatic establishment are brave enough to admit the obvious: North Korea will not abandon its nuclear weapons. Whether we like it or not, North Korea is and is likely to remain a nuclear power.

The central reason why the North Korean government will not surrender its nuclear program is simple: it really needs nuclear weapons. Denuclearization will bring far more harm than good to the North Korean elite, and these people’s interests are all that really matter to decision-making in Pyongyang.

From its inception in the 1960s, the North Korean nuclear program has served three major political goals.

The North Korean leadership believes that no country with nuclear weapons – no matter how few and primitive – will ever be attacked by the United States, let alone any of its smaller powers. This fear of attack is difficult to dismiss as mere paranoia, if we consider the cases of Afghanistan and Iraq, two countries without nuclear weapons and both very unpopular in Washington.

The case of Libya even more instructive from North Korea’s point of view. Colonel Gaddafi is the only strongman thus far to have agreed to exchange his nuclear weapons program for economic advantages As we all know, he paid for this choice with his life.

It is true that it was not U.S. special forces but rather his own people who killed him, but this is beside the point, given that NATO air support was crucial in the success of Libyan revolution and eccentric Colonel’s death. NATO forces would sure have been far more reluctant to get involved had Gaddafi had nuclear weapons – and the North Korean leaders understand it very well (in March 2011 a spokesman of the North Korean Foreign Ministry even made a statement to such effect).

The experience of the last decade therefore confirms what North Korean decision makers have always known: without nuclear weapons, they will become far more vulnerable to both external and internal threats. Hence, no amount of money will duly compensate for the deadly risk incurred by jettisoning the nuclear program.

Second, nuclear weapons program provide the North Korean government with important diplomatic leverage. Few people realize that North Korea’s population and economy are most analogous to Ghana and Mozambique. The major reason why the tiny and impoverished North Korea can be so successful in squeezing aid from the outside world is its skillful nuclear diplomacy.

For decades, the nuclear program has served as a useful device by which to attract attention to North Korea’s demands. It was also a very useful bargaining chip, since North Korean leaders occasionally traded their willingness to freeze their nuclear program for monetary rewards and political concessions.

The nuclear program also makes it possible for North Korea to get foreign aid without little if any monitoring or control over distribution. This is vital for the regime’s survival since it allows the government to distribute rewards to important regional and political actors whose support or, at least, docility is so vital for internal stability.

Apart from these two major geopolitical functions, the North Korean nuclear program also has some important domestic purposes. Contrary to what many assume, there are good reasons to believe that the program is quite popular with the majority of common North Koreans. The program shows the power of their state and its alleged technological sophistication.

It also provides the government with a good explanation for economic hardships. The logic goes that the famine was the result of not only natural disasters, but also is now increasingly explained as a consequence of the need to develop a nuclear deterrent – vital for safeguarding the dignity, independence (and perhaps physical survival) of the nation. There is little doubt that this message resonates in a nationalist society.

Therefore, one has to ask: what does North Korea stand to gain by surrendering its nuclear weapons? The obvious answer is ‘not much’ (actually it will loose a lot in terms of security and diplomatic leverage). Large aid that will come with surrender of the nuclear program would, of course, be welcomed, but the price paid by Colonel Gaddafi for such deal cannot be forgotten. Of course, the economic difficulties that result from further international sanctions are unpleasant, but in all probability it will be the common people, not the elite, who will bear the burden.

One can, of course, speculate that economic difficulties will lead to revolution, this is far from certain. Additionally, surrender of nuclear weapons will make North Korea even more vulnerable in the face of external and internal threats, and with nuclear weapons in hand the government will have a good chance of prevailing even in the event of an internal rebellion.

With that in mind, the prospects for North Korean denuclearization appear bleak, and this message is hard for many in Washington and Seoul to swallow.

The unwillingness to accept the obvious is easy to understand: if the North Korean nuclear program remains unpunished and indeed rewarded by the international community, this will create a dangerous precedent.

Denuclearization is therefore likely to remain the major slogan of American and Western diplomacy in dealing with Pyongyang. However, constant repetition of this demand will not change the basic fact that North Korea’s government need nuclear weapons, they know this, and they will not surrender them.

For almost twenty years, ‘denuclearization’ has been the major demand of the United States and its allies when it comes to dealing with North Korea. This still remains the case, though with the passage of time there is a growing awareness of how unrealistic such demands are. Few within the diplomatic establishment are brave enough to admit the obvious: North Korea will not abandon its nuclear