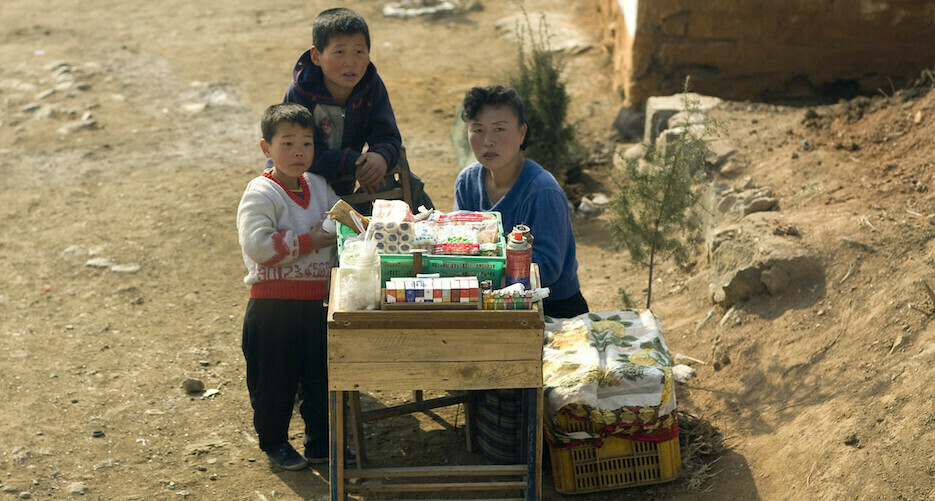 SHARE
SHARE
NK Pro (file) | A North Korean woman with her children selling food and cigarettes next to a road in Nampho, April 14, 2008

The Minju Chosun, the newspaper of North Korea’s Cabinet, has recently reviewed changes to the Food Administration Act that point to continued efforts to centralize control over the grain distribution system.

These revisions suggest that authorities seek to reign in the power of markets that have long since supplemented or replaced state control over the allocation and distribution of grain for much of the population, though it apparently lacks the ability to do so.

Moreover, the law puts in place a framework that is important to understand given the country’s admission of a