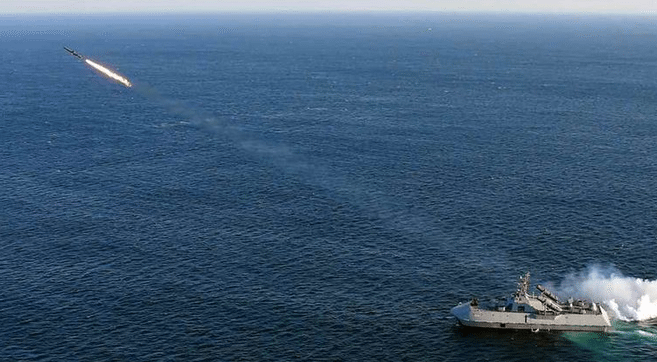 Images of an anti-ship missile test firing published by North Korean state media on Saturday reveal the existence of one of the DPRK’s most secret programs for the production of advanced naval craft, pictured carrying an indigenous version of the dreaded Kh-35 anti-ship missile.

These naval craft, named surface effect ships (SES), use an effect similar to that powering a hovercraft to reach rapid speeds without sacrificing weight in the form of heavy weaponry. In another exercise early last year, which offered the first glimpse of the new anti-ship missiles, the first prototype of this class