Language regarding status of contract absent in UN implementation document 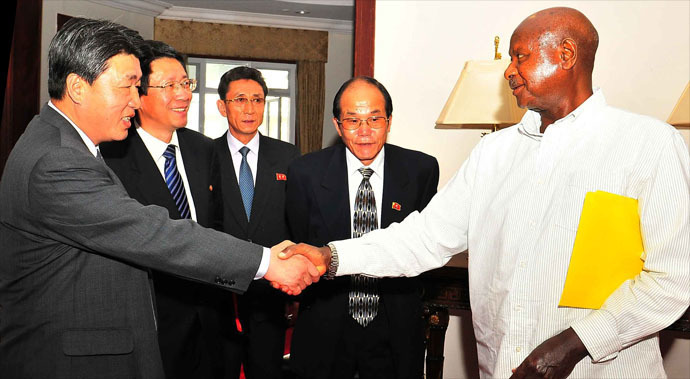 The government of Uganda has acknowledged an active military contract between its defense ministry and North Korea in its implementation declaration for UN Security Council resolution 2270, dated June 7.

The contract, MOD/029/2007, is between the Ugandan Ministry of Defence and the DPRK for the provision “of training to pilots and technicians of the Uganda Peoples’ Defence Forces” until March 20 2018, the document reads.

While the implementation document acknowledges that, due to Resolution 2270, the contract will not be renewed come 2018, there is no language stating or even indicating that the contract will be severed prior to that date